What Jessica Williams Thinks About Women Who Reject Victimhood 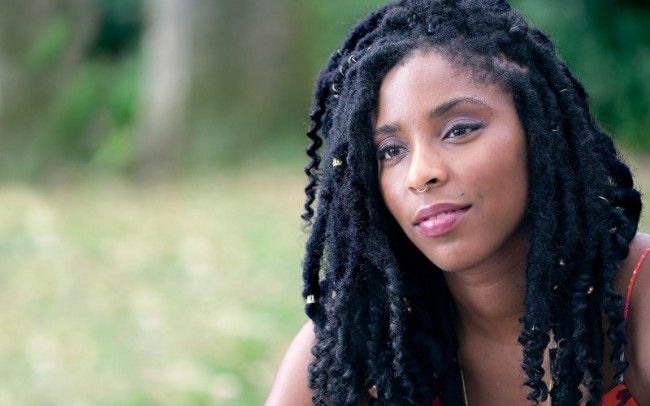 Have you ever wondered about this?

Have you ever tried telling a friend how you felt about something and all they did was try to tell you all the ways they had it worse, that your situation isn’t really a 'problem.' Why is that? Why aren't all of our experiences valid? I do not know why we do this, but it seems like a fairly common occurrence, so why are we still talking about it?

If you have gotten the chance to catch an episode of the Daily Show, then you have probably come across Jessica Williams.

An actress and comedian (with fabulous hair by the way), Jessica is poised for a breakout year. She was recently at Sundance promoting a film called The Incredible Jessica James. This role was written specifically for Jessica and, by all accounts, her performance is a breakout one.

"After early screenings at the festival, the consensus seems to be that Jessica Williams Is A Star. It is a breakthrough breakout performance," says laineygossip.com.

Jessica understands the importance of the role and the opportunity not just for herself, but for diversity. She reportedly said that the movie and opportunity were both so important to her that she redid her braids and laid her edges for the Sundance premiere. If you are a black woman with natural hair, you get the significance of that statement. Here is what Jessica had to say at this year's Sundance, as told to PEOPLE:

“My ancestors were slaves. Williams is my last name but it is not real name, it is my slave name. I am my ancestor’s dream. They fought for me to be able to stand up here in the cold ass snow in front of a bunch of white people wearing UGGs.

I’m not quite sure what to say today because I can’t speak to every single person’s experience. I can only speak to mine.

When I was a kid, for some reason in middle school, I stopped doing my homework. My mom went to my parent teacher conference and they said, ‘We don’t know why Jessica Williams isn’t doing her homework.’ And my mom was like, ‘What the hell? Are you kidding me?’

My mom was that kind of minority mom-mad where she’s not really saying anything, she’s just mad looking. My dad happened to be out of town that day so we walked into this house — I grew up in the suburbs, my mom grew up in the projects — we walk in this big beautiful house, she and I, and she said, ‘You wanna have a seat?’ I said, ‘Okay.’ She said ‘You wanna talk to me about these grades?’ I was like, ‘Um. Nah.’ She said, ‘Why don’t you tell me why you’re not doing your homework?’ and I was like ‘Um… because I just wanted to play The Sims and read Harry Potter all day?’

I’d never seen my mom that angry in my life. I saw fire flash in her eyes. I said, ‘really, when you think about it, Cs are average. And really is it that bad to be average?’ “

My mom took a second and then she said, ‘Average?! I’ll show you f—— average. Come upstairs.’

She said, ‘You listen to me because this is the only time we’re going to have this conversation. You come from me and because you look like me — because you think like me and you talk like me and you sound like me and you have my skin — you are never allowed to be average. There are people out there who do not look like you that will get more than you have for doing average work. There are people who are the opposite of you that will actively fight to make sure you don’t have s—. So you listen to me – You never, ever walk up in my house again talking about it’s okay to be average.’ “

I was like, ‘So am I grounded… or?’ She was like, ‘Oh, you grounded. You bet you’re grounded. Hold on let me get this right here.’ She grabbed my phone and said, ‘Let me take this phone and see if you can enjoy being average.”

Now she was wil’n. Like none of this s— made sense. Then she tried to grab the TV – tried. She was like, ‘That’s okay, that’s okay. I’ll be right back.’ So then she went to the closet and got a bunch of sheets. She threw them over the TV and said, ‘Boom — try and be average now.’ She threw another sheet – threw it over my damn blue, plastic iMac computer because she couldn’t lift it. ‘Try to be average now.’ She said, ‘That’s the last time I want to have this conversation’ and then she walked out of the room and just left me there. And I’m standing in my room with a bunch a sheets like the house that was in foreclosure in Jumanji after Alan Parrish reemerges.

The 2 Dope Queens podcast host was also recently invited to a luncheon for women in Hollywood and while there, she tried to explain to the others that black women had it harder than other women. Williams was met with advice to reject her victimhood and be who and what she is when she isn’t a black woman. Read about this conversation in detail here.

It is clear that some of the other women there were not really hearing Jessica.

I believe this is a part of the reason why believe that feminism is not inclusive and does not support the cause of black women. Jessica also had to work hard to control her emotions, to be diplomatic because it would be easy for people to label her passion as anger and then try to further belittle her and her opinions by labeling her an angry black woman.

Why is it so hard for us acknowledge the struggles others face without thinking that it somehow means we haven’t had to face and overcome our own set of obstacles?

There have been similar responses to the #BlackLivesMatter movement, like the countermovement #AllLivesMatter. While I did not study psychology or even sociology, there has to be an explanation.

If you know the answer, I would love for you to offer some insights below, because I really would like to know and we all need to be vigilant in listening to others and trying to really hear them.

Read An Open Letter to the Pretoria School Girls