What is Quaternium-80 in Curly Hair Products? 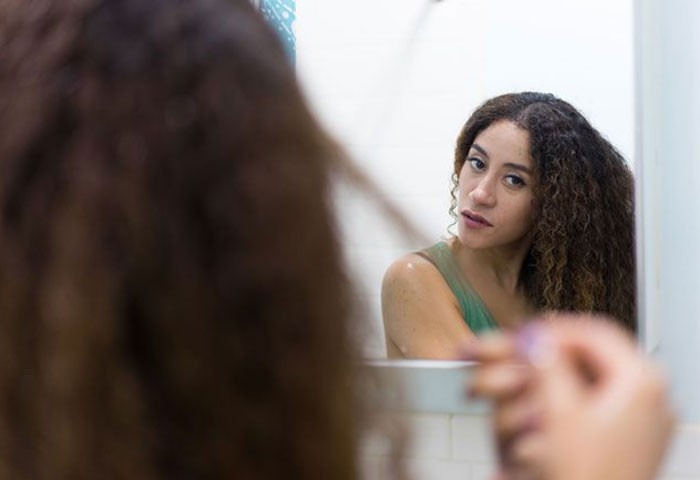 Quaternium-80 is a conditioning ingredient found in moisturizing shampoos and conditioners. It is reported to be a great emollient and detangler, but its name causes quite a bit of confusion as to its role and mechanism by which it performs in products.

Is it a polyquat?

Curlies often want to know, is Quaternium-80 a polyquat or silicone, and is it prone to buildup? Is it water soluble? These are important questions to curlies who want to maintain their high standards of care for their hair. Fortunately, a quick look at the chemical structure of this ingredient and a comparison to other common categories of conditioning agents will provide us with lots of good insight about it.

What does quaternium mean?

The International Nomenclature for Cosmetic Ingredients (INCI) system of naming is not always descriptive and specific like the International Union of Pure and Applied Chemistry (IUPAC) system, so sometimes the names are a bit mystifying. The term quaternium is a hybrid word used as chemical shorthand to describe quaternized ammonium cation compounds.

Quats are molecules or parts of molecules that contain a central nitrogen atom bonded to four different species, which imparts a positive charge to the central nitrogen atom. In cosmetic applications, quaternium refers to certain cationic surfactants that have a fatty acid-derived hydrophobic tail with a hydrophilic quaternized ammonium head.

What do quaternium compounds do?

The cuticle surface of hair possesses a mild overall negative charge, which becomes more pronounced in color-treated, chemically-processed, or otherwise damaged hair. Positively-charged head groups of quaternized ammonium surfactants adsorb onto the surface of the hair as a result of electrostatic attraction to these negatively-charged sites. The molecules are held in place at that site, and the hydrophobic tail of the surfactant molecule drapes itself along the axis of the hair strand, forming a film on the surface of the cuticle. This film provides several benefits, including facilitation of wet and dry combing and detangling, elimination of static electricity and fly-away hair, and improved slip and tactile feel, i.e. silky hair.

Polyquaternium materials are polymers that have been modified to have multiple cationically-charged quaternized ammonium sites along their backbones or hanging pendant from the backbone. These substances adhere extremely well to hair and form a smoothing, protective film, because the many positive sites bond with many negative sites on the cuticle surface. This makes them fabulous conditioners for many people, and they do provide many benefits such as improved color retention and some thermal protection as well. However, some people experience buildup or unwanted accumulation of these materials on the surface of their hair, due to the tenacious nature of the bond formed between the polymer and the cuticle.

Quaternium-80 is a member of a group of specialized quats (sometimes referred to as silquats or silicone quats) that have a quaternized ammonium head and a silicone tail, rather than a hydrocarbon one. Although quaternium-80 is not a polyquat, it is actually a polymer with a silicone middle, and a positively-charged ammonium ion on each end. The silicone portion does not have multiple cationic sites along its backbone, so it does not pose the same problems as polyquats with regards to removal. Its water soluble nature means that a mild shampoo or conditioner wash should be completely sufficient to remove it from the surface of the hair.

This specialized polymeric surfactant has been found to provide excellent targeted conditioning and anti-static properties in a manner similar to other quats, but with superior detangling and wet combability. Where it really stands out is in the high amount of gloss and shine it provides, as well as the very silky tactile feel reported by users in laboratory trials. The silicone portion of the ingredient is undoubtedly responsible for its unique performance. Since it is water soluble, the enhancing properties of a silicone polymer can be enjoyed without fear of build up. 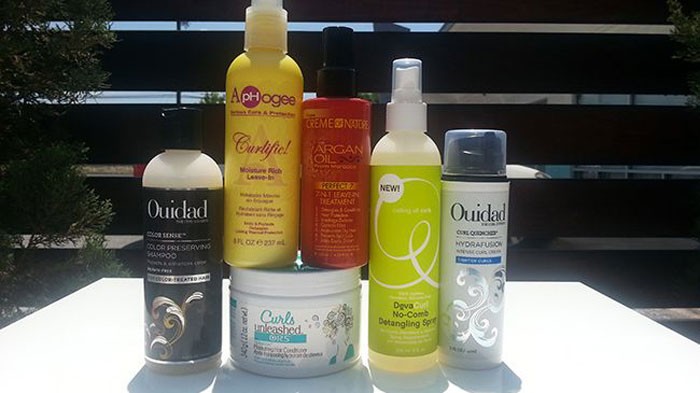 In closing, the silicone quat ingredient quaternium-80 is a conditioning agent that provides excellent benefits, especially to regions of greater damage on the cuticle. It is very substantive and forms a smooth, protective film over the hair, and provides anti-static effects, ease of combing and detangling, a silky feel, and high gloss. While it does adsorb onto the surface of and adhere to the hair to provide durable conditioning benefits, its water soluble nature and few (only two) quaternized sites mean that it is relatively easy to remove from the surface of the hair, unlike polyquaternium conditioners.