Does Race Affect How We Talk About Our Natural Hair? 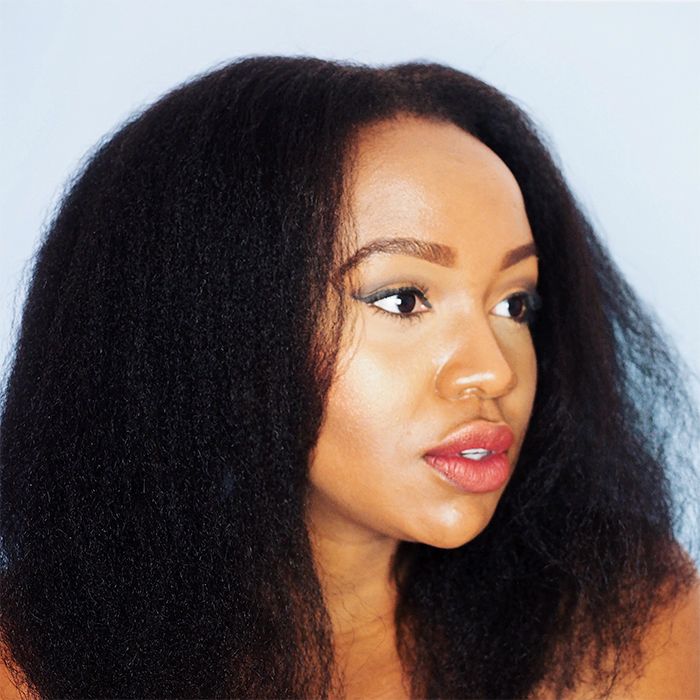 Based on my personal life experiences, race significantly affects how we perceive our natural hair.

I was born and raised in Kenya, but over the past decade, I have lived in the United States, the United Kingdom, Australia and South Africa - countries which all have very different histories with race.

Race, as I've come to observe over the years, isn't just the color of our skin, it's a social construct. In other words, race is an understanding of how our skin color affects our place in the world and is shaped in many ways by narratives that we are told as we grow up.

To me, race at its core is a social code. Race is learned and acquired behavior. To this end, one's relationship with their race varies, depending on what part of the world they live in, and what side of history they find themselves on.

I grew up in a middle-income neighborhood in Nairobi, Kenya. It had predominantly Black Africans although my direct neighbors and their children were white or Caucasian American missionaries. I was best friends with Anna, with whom I was agemates.

I vividly remember one Saturday afternoon, when Anna and I decided to wash our hair. As a Caucasian, Anna's hair took to water much differently than mine did. My kinks and coils shrunk up to within an inch of my head while Anna's tresses bounced back to their usual glossy, blonde, gentle waves.

Fast forward to a couple of years later, when I moved to the United States to pursue my undergraduate degree. Having been born and raised in Kenya, my primary identity wasn't my race but my social-economic class. I came from a stable middle-income family and had never lacked my entire life. I had studied in Kenya's top schools and had earned myself a scholarship to a top university in America.

I thought my academic abilities would precede any other identities as I joined the University, but I soon realized, my race was to become my primary identity in the U.S.

I had to learn to "be black" - as captured so aptly in Chimamanda Adichie's best selling book, Americanah.

Coincidentally, at the time at which I was joining the university, the natural hair movement was just starting to grow. I cut off my relaxed ends to focus on growing out my natural hair.

To me, the reasons behind my big chop weren't primarily fired up by a history of racial injustices against my Black body, as many dark-skinned Black people have often asserted.

I perceived my big chop as a necessity. As a student in the U.S., I no longer had access to accessible braiding services found on many market corners in Africa. I had to cut my spending and maintain my hair in the most simple and budget-friendly way.

It was only when I came to learn about the history of race in America, that I began to understand the political importance of having snipped off my relaxed ends.

I began to understand how my kinks and curls had, at one point, relegated me to the lowest cadre of society. And by reclaiming and embracing my natural hair aesthetic, I was asserting my humanity.

Now my experience may not be universal, but it has taught me that race, as a social construct does affect how we talk about our natural hair.

I hope that we, as people of color and in particular, dark-skinned Black women, can gain a deeper empathy and understanding for the ways in which each of our natural hair experiences speaks to our raced history and by extension our perception of themselves.

And when speaking about our natural hair, I hope that we can learn to embrace the magic and power that is our natural aesthetic - kinks, coils, curls and all.

How do you feel race affects how we discuss our natural hair textures? Let me know in the comments below.