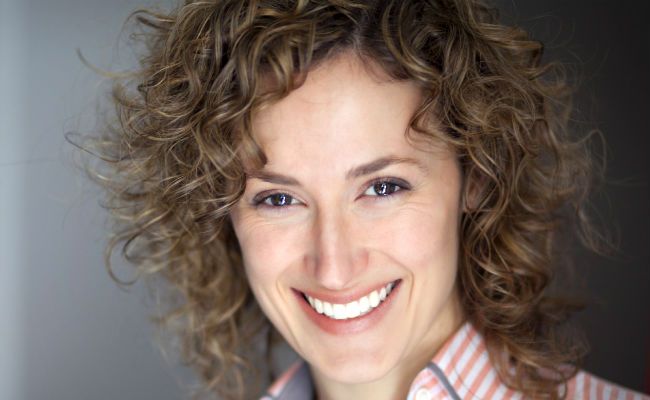 Gray hair is something that almost inevitably comes with aging. Genetic genes and stress are usually blamed for causing premature graying. However, scientists have found that in most cases catalase enzymes are the culprit in turning our hair gray. According to the National Business Review, as the body ages, we produce less catalase enzyme, which can result in faster aging. The process starts when the levels of the enzyme catalase are dropping. This shortage of enzyme catalase means that the hydrogen peroxide that naturally occurs in hair can’t be broken down. As a result, hydrogen peroxide builds up in the hair causing your hair to turn gray.

Consuming wheatgrass on a regular basis has been shown to reverse gray hair back to its natural color.

Fresh wheatgrass juice is super healthy and provides so many benefits for your body. In fact, consuming it on a regular basis has been shown to reverse gray hair back to its natural color.

A 2006 study  from the Institute of Cytology and Genetics discovered that oxidative stress and DNA damage could be reduced by antioxidant enzymes such as catalase. This study also found that dietary supplements for increasing the activity of catalase in the liver mitochondria in rats led to reduced mitochondrial dysfunction and slowed the process of aging in these animals.

If you are curious about how this can happen, according to traditional Chinese medicine, hair pigmentation is influenced by the quality of blood and the strength of the kidneys. If your hair has gone gray, your kidneys and blood need to be strengthened. Foods that accomplish this include wheatgrass and any food with high chlorophyll content. (Note: Chlorophyll is a term used for several closely related green pigments found in cyanobacteria and the chloroplasts of algae and plants.)

What exactly is wheatgrass?

Despite what you may think, it is quite different from the grass on your front lawn. Wheatgrass refers to the young grass of the common wheat plant, Triticum aestivum. Its leaves are juiced or dried into powder for human (or animal) consumption. It is often available in juice bars and smoothie restaurants, and is taken alone or mixed in fruit and/or vegetable drinks. Having done "shots" of wheatgrass myself, I will say it does taste exactly like you would expect- very green and plant like, but the benefits are worth it. If you get the powder to mix in a smoothie, you don't even taste it!

Wheatgrass contains significant amounts of Catalase and other beneficial antioxidants. Wheatgrass is able to reverse gray hair and slow the entire aging process. It aids in rejuvenating the cells, thereby slowing down the aging process.

Loaded with amino acids, vitamins, chlorophyll, nutrients, and live enzymes, wheatgrass is a superfood with tons of health benefits. It is made up of an impressive array of nutrients that reinforce and rejuvenate everything from our cells and tissues to our organs and bodily systems. The molecular structure of wheatgrass and our blood are very similar which allows our bodies to absorb these nutrients immediately.

Wheatgrass is a powerful cleansing and detoxifying agent. It is rich in protein, provides a significant boost in your energy level and has been known to cure many types of blood disorders. Overall, in addition to its 70% chlorophyll makeup, wheatgrass consists of  19 amino acids, 92 minerals, 13 vitamins and 80 enzymes that enable the body to function at its highest levels. Prominent research scientist Dr. Earp-Thomas says that,”15 pounds of wheatgrass is the equivalent of 350 pounds of carrots, lettuce, celery and so forth."

What else does wheatgrass do for my health?

The benefits of wheatgrass go way beyond beautification and anti-aging such as reversing gray hair. The high chlorophyll content of wheatgrass, as well as the amino acids, minerals, vitamins and enzymes enable wheatgrass to provide a wide range of health benefits and curative benefits, such as the following:

Some health practitioner’s claim that you can double your red blood cell count just by soaking in chlorophyll. Renowned nutritionist and author of Health Magic Through Chlorophyll From Living Plant Life, Dr. Bernard Jensen, found that wheatgrass and green juices are the most superior blood builders. Jensen cites several cases in which he was able to double the red blood cell count in a matter of days merely by having patients soak in a chlorophyll-water bath. Even more rapid blood building results occur whenever patients consume wheatgrass juice and other chlorophyll-rich juices regularly.

So back to wheatgrass and possibly reversing gray hair...

Wheatgrass delivers an impenetrable line of defense against disease. An all-natural and powerful detoxifier, wheatgrass protects the liver and purifies the blood by neutralizing toxic substances such as cadmium, nicotine, strontium, mercury and polyvinyl chloride.

Regular consumption of wheatgrass can turn your gray hair back to its natural color. Drink one glass of wheat grass juice daily. The average dosage is 1 to 2 fluid ounces of fresh-squeezed juice once a day (or 3 to 4 times a day for detoxification); or 1 tablespoon wheatgrass powder (1 to 3 times a day); or 7 to 10 wheatgrass tablets (500 mg) a day. You can get some online or at your local health food store, like Swansons.