Race, Age & Beauty: Why I Think Halle Berry is the Epitome of "Fine Wine"

While other publications choose to perpetually celebrate Emma Stone's quirky charm or Blake Lively's vanilla, not-a-blonde-hair-out-place look, can we just pause for a moment of silence in honor of the elegance that is the beautiful, black, ageless woman in entertainment? 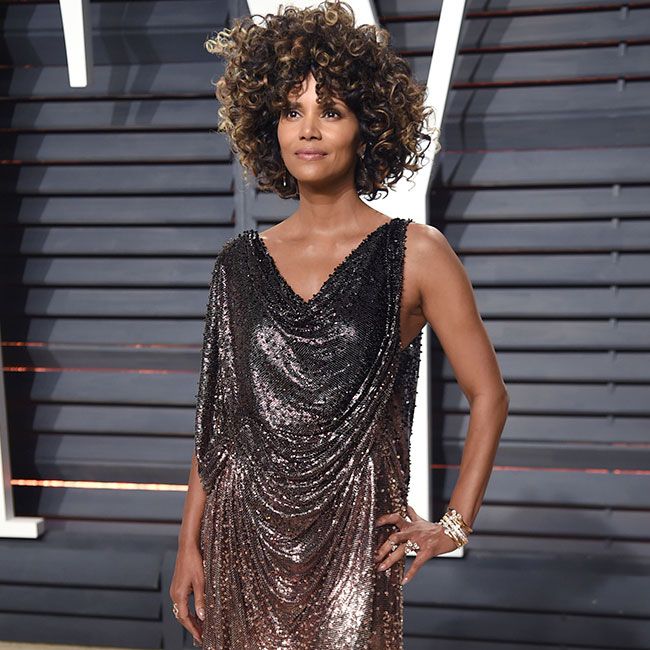 Some humans just give me all the feels. Halle Berry is one of those humans.

Every time she makes an appearance anywhere, really, her aura is followed by the heavy allure of fine-grained elegance. Ever since I can remember, seeing Halle Berry, whether it is on a magazine cover, in a movie, or on an awards show stage, has always demanded attention like no other. And per usual, she didn't let us down during last night's 2017 Oscars ceremony. While other publications choose to perpetually celebrate Emma Stone's quirky charm or Blake Lively's vanilla, not-a-blonde-hair-out-place look, can we just pause for a moment of silence in honor of the elegance that is the beautiful, black, ageless woman in entertainment?

From the stunning Atelier Versace dress to rival all others that have landed her on annual best-dressed lists, to the voluminous, flowy ringlets and natural hair, Halle Berry was a sight to be seen walking down the red carpet. In nearly 90 years of Academy Awards history, only 16 women of color have been nominated in the lead actress category, including last night's winner Viola Davis, Penélope Cruz, Whoopi Goldberg, and Angela Bassett. In addition to her momentous 2002 win for Best Actress in Monster's Ball as the first African-American woman to do so, the actress hasn't stopped representing us since. In the acceptance speech for that award, she mentioned the importance of sisterhood and inclusion, dedicating her award to:

"the women that stand beside me, Jada Pinkett [Smith], Angela Bassett, Vivica Fox...it's for every nameless, faceless woman of color that now has a chance because this door tonight has been opened...Thank you. I'm so honored."

In my opinion, the best part of Halle's night, however, might have had nothing to do with the actual show. In a quick video clip posted to Berry's Twitter account, the fifty-year-old goddess teased followers all the way to her backyard pool as she peeled her stuffy gown off to take a late-night dip. The clip, posted at 2:02 AM, sums up all of the beautiful reasons why Halle Berry will always have my heart. In the black community, we like to call women who age beautifully "like fine wine," and Halle continues to prove that sentiment to be true. In public and on social media, the actress has never shied away from celebrating her color, age, shape, and achievements out loud with such a divine sense of grace.

After a long award show a girl can't wait to take it off!@brunomars #24kmagic pic.twitter.com/3TfwsV4kZ0

From the Alternative Facts wig collection by Rachel Dolezal pic.twitter.com/ewOWvD5h98

Natural hair or wig, this is why the natural hair movement is important. Today, I raise a glass to the beautiful, outstanding women who love the skin they are in. Like Halle Berry, may we continue to provide an inspiration for everyone watching, from our race to our age, with no self-imposed limitations.

May we love ourselves, out loud.