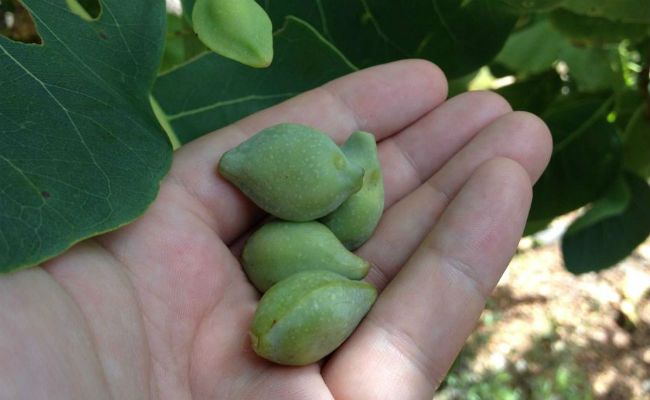 As if Australia wasn’t awesome enough already giving us the amazing gift of tea tree oil, we now have another great plant that we can rave about and reap health benefits from.

Northern Australia is native to the ever strange Kakadu Plum fruit. We all have witnessed a fruit becoming ripe and then falling off of the plant. This one, however, stays on the plant long after it has ripened. Despite its name, the Kakadu Plum is actually more closely related to an almond nut than a regular plum that we are familiar with. Its most distinguishable, sought-after feature is its vitamin C content--it contains more than any other food on planet Earth.

The Australian Government's Rural Industries Research and Development Corporation showed through many experiments and evaluations that the Kakadu Plum can contain as much as 1,000-5,300 milligrams of vitamin C per 100 grams, which is nearly 100 times more than that of the vitamin C content of an orange or blueberry.

What it does for the hair, skin, and body

The Kakadu Plum fruit has been found to contain very important and beneficial phytochemicals, one of them being known as gallic acid. Gallic acid has been shown to treat inflammatory allergic diseases due to it’s significant anti-inflammatory properties. For hair, this means reducing the chance of bacterial or fungal infections in the scalp, for an intense clean. This fruit also stimulates the natural bounce in your curls due to its production of elastin and collagen.

Another important phytochemical found in this amazing fruit is its ellagic acid content. This type of acid has been shown to help fight cancer by lowering estrogen’s role in the contribution of the formation of breast cancer and it can actually kill cancer-causing cells.

Although it is not very well known outside of its native land of Australia, the Kakadu Plum has been slowly finding its way into being incorporated into the content of more and more beauty products all over the world. This fruit's high vitamin E and folate amounts aid in combating the effects of damage-causing free-radicals, which causes premature aging. The vitamin E also helps the cortex of your hair strands absorb the fruit, creating a silky, soft touch to hair that is naturally dry or coarse.

This amazing Aussie fruit can help you build a strong frame, build a strong immune system, fight premature aging and lose weight as well because the Kakadu Plum Fruit is also a natural laxative and colon cleanser due to its rich fiber content.

You can find the goodness of Kakadu Plum in hair products such as: