I Big Chopped for Locks of Love 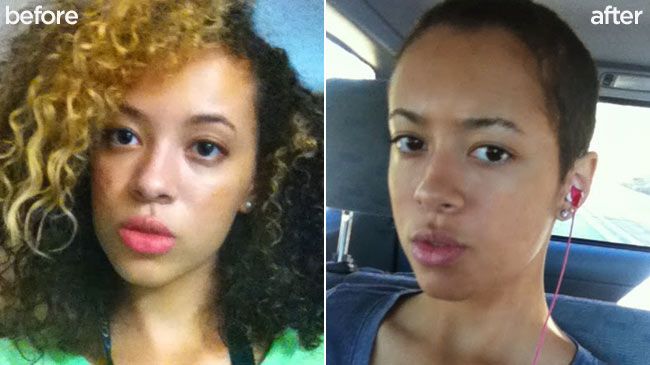 BY MAKELA VIA CURLYNIKKI

I’ve had my head shaved for about three months now so I figured that was enough time to adjust to the new hairdo and get my thoughts straighten out. For my senior project at school, I decided to host a Locks of Love hair drive. I told my school that if I got 25 people to donate the minimum length of 8 inches, that I would shave my own head and donate my hair to people who can’t grow their own. Obviously, I did get enough people to cut their hair at my event because I currently have short hair.

Why Did I Shave My Head?

During my 8th grade year, I had the idea of shaving my head and donating it to Locks of Love, mainly because I didn’t like my hair at the time, and I wanted to give it to someone who would appreciate it more than I did. Back then though, I didn’t have the guts to actually do it, especially going into my freshmen year of high school, but that doesn’t mean the idea didn’t stick with me. Then I moved to another country part way into my senior year, and I wanted to make a statement/ difference at my new school. Hence, the idea of hosting a Locks of Love hair drive and getting people to take the plunge of shorter hair with me. I have always been defined by my hair, from comments on it or the texture of it, but that wasn’t the only thing I wanted people to see about me. That’s when I realized that hair doesn’t define who I am. I’m still going to be the same girl who loves to dance hip hop and read books back to back, with or without hair. I wanted to spread that message I learned around my school and into my community. It was also a dare to myself to prove that I was brave enough to shave my head, especially since it’s rare for girls to do that. 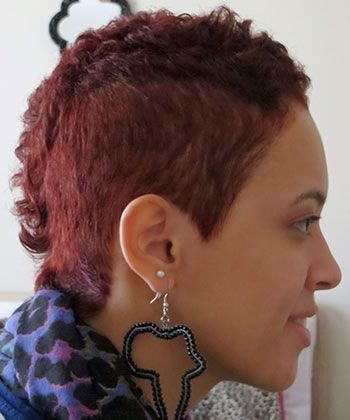 What Were People’s Reactions?

My family and friends fully supported me throughout the whole experience and helped me plan the event. Afterwards my haircut, I got a lot of amazing feedback from my teachers and random people who came up to me specifically to tell me that they loved my hair and the cause that I was supporting. I even had a guy, who was with a group of his buddies, come up to me in the cafeteria and very loudly tell me, “You look beautiful with your new hair! I have mad respect for you for shaving your head.” Of course, I got a lot of attention and looks because people wanted to see it. I guess to know that it really did happened and it wasn’t a practical joke. Outside of school, I was a bit scared to see how people would react to me because I didn’t want people to think I was a lesbian or that I was an actual sick person. But for the most part, I got the same reactions as I did at school, which was good feedback. Sometimes, I did notice that people stepped around me carefully so hopefully they didn’t think I actually had a hair losing disease. Even people from my old school in Germany that I have never talked to told my boyfriend how much they loved my new hairdo and how brave I was to do something like that, so I thought that was pretty awesome that I had an influence in two parts of the world.

My Feelings on My Hair Now

I’m not going to lie and say that I don’t miss my long hair because occasionally I do, but at the same time, I think of how much I helped the Locks of Love organization and people who can’t grow their own hair. Now, I absolutely love my short hair! I feel braver, stronger, smarter, more feminine, sexier, and more adventurous than I ever have with long hair. Plus in the mornings, I barely have to do anything with my hair besides using a brush and adding some oil and leave-in conditioner. To be honest, I think that shaving my head boosted my self-esteem to such higher levels because of the fact that I was able to do something I believed in, even though it’s unconventional. If you have the guts or even an inkling that you would want to shave your head or go shorter, then do it! What do you have to lose? It’s going to grow back anyways so why not have fun with your hair or give it to someone who actually needs it.

Thank you guys for reading! I hope that I answered most of the big questions in this post and have inspired you to do something daring in 2014 for yourself! Remember you only live once so make the most of it!