Another Big Chop: "I'm A Grown Woman. I Can Do Whatever I Want." 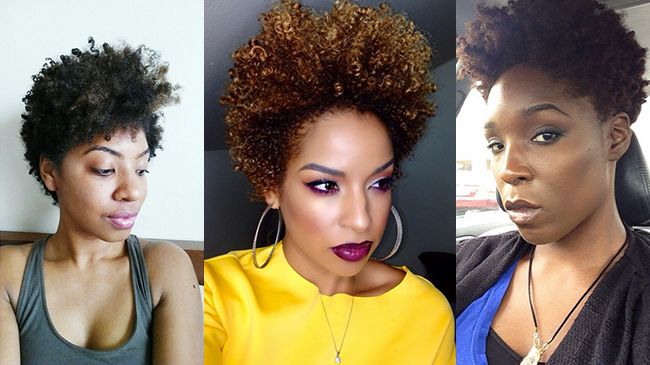 Another big chop? Style change or damage recovery plan? Which does the big chop (BC) fall under for most naturals? The BC is most known for one of two methods of going natural where you cut all your relaxed ends off and work with just natural or virgin hair. It is the direct opposite of the other method (long-term transitioning) and can be either liberating or overwhelming, but nonetheless it is always refreshing. BC’ers tend to not have qualms about starting over.

The initial BC is usually seen as a rite of passage to accepting the natural aesthetic of your curls and coils, but the second or even third chop? What is the motive? Most would assume that women who choose to BC more than once are fixing damage from heat, chemicals, or neglect (and we all know what happens when you assume, right?) It is assumed more often than not but who says the second BC has to be a result of a mishap or confined to a negative label?

By now many should be understanding that every natural is unique and defines herself in her own right, so assuming that the only reason to BC a second time around is for damage is inaccurate.

AfricanExport did her second big chop in July, which is fierce if I might add. She gets in-depth in the video below discussing the cut and why she did it, while also explaining how she feels about her hair. She does not covet long hair nor does she feel she needs to accommodate others on her hair choices. She explains her reasons eloquently below:

“Thirty-year old…plus, mother, wife, getting my fitness on, I think I was due some change.”

Rachel Stewart, the eclectic and original jewelry designer of Rachel Stewart Jewelry, is an artist that most naturals already know and love. Her funky style and pieces have made her famous and if you have not heard of her you need to check her out. The ones that do know and love her also know she has a ritual with her hair that some would find strange. She shaves her head around every two years and it has nothing to do with damage. She has been natural over 25 years and she just likes short hair. She also knows it grows back and is not worried about what others think about her hair choices. 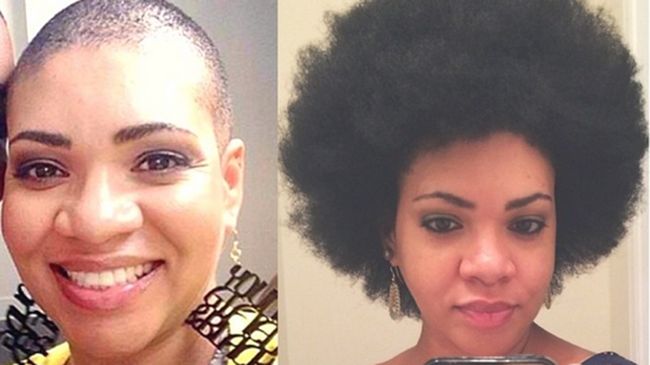 Even our own Priscilla decided to BC earlier this year in March. As she was kind of nervous in the beginning, she admitted she did not know why since she had done this before and she realizes, “I don’t think I’m a long natural hair type of person.” Long hair or growing out hair is not on everyone’s agenda. Priscilla not only went ultra short, she went ultra blonde! Her confidence soared in the self-acclaimed introvert and with a cut and color as sexy as hers, it only makes sense.

I am not going to lie…I am so envious of AfricanExport’s sexy hair (pictured above, on the far right). I miss when my hair was that short and could stand up in the front like hers. I loved it and now realize how much I miss it. I know I would have more fun with my hair short the second time around, and although I do not plan on doing another BC anytime soon, who knows what 2015 will bring? BC’s are not just for the newly natural or the natural fighting damage. It is for any natural who wants a change, loves short hair, or finds it works better with her personality and lifestyle. Rock whatever feels good and right to you ladies, and never feel your hair has to appease anyone but yourself. BC or not to BC…that is the question and only you know the answer.

Have you done a second, third, or fourth big chop?