This Is What You Need to Know About Magnesium Sulfate 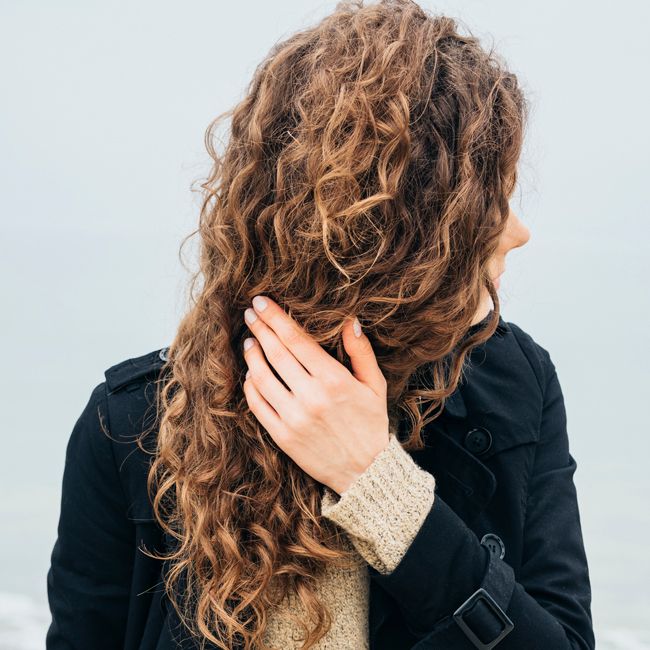 What is magnesium sulfate?

Magnesium sulfate, also known as Epsom salts,  is an ingredient often touted as a natural curl booster or curl activator for hair.

It is typically used in leave-in conditioners and curl enhancers, both commercially available and homemade, and it is applied via a spray-on delivery method.

When you use products that contain magnesium sulfate you may find that your hair is curlier and bouncier on day one, but with repeated use, later in the week your hair may feel dry and hard to work with.

NaturallyCurly members are extremely astute when it comes to ingredients and their hair. Reader Sophiemol_ asked in our CurlTalk forum:

Why does magnesium sulfate make my hair curl so well?

I just wish it didn't dry out my hair so darn much...I've been playing around with using it over top of [SheaMoisture] and with other massively moisturizing products, but it doesn't seem to be counteracting the drying...

Hair is comprised of keratin protein, a polypeptide particularly differentiated from other proteins for its large proportion of cysteine, a sulfur-containing amino acid.  These polypeptide strands are crosslinked (bound together into a three-dimensional network) via formation of covalent bonds between adjacent cysteine residues. This linkage is a chemical crosslink referred to as the disulfide bond, and is the source of the strength and physical configuration of the hair. As the degree of disulfide crosslinking in a strand increases, so does the amount of curl in the hair.

As the degree of disulfide crosslinking in a strand increases, so does the amount of curl in the hair.

Crosslinking also occur between the polypeptide chains, and they also contribute to the structure of the hair. These two additional types of crosslinking are achieved via hydrogen bonding and formation of salt bonds and are sometimes referred to as secondary bonds. However, both of these types are physical crosslinks, rather than chemical ones (imagine it as two strands taped together or two magnets attracted to one another versus two strands sewn together or melted and re-formed into one object), and are susceptible to disruption via mechanical forces (touching or brushing the hair, wind) or the presence of water (swimming, washing, humidity, rain). Perms enhance curls by breaking the disulfide bonds via chemical means, curling the hair tightly to physically restructure it, and then re-forming the disulfide bonds at a higher percentage.

What does magnesium sulfate do?

Several researchers have found that hair is stronger and curl retention is increased when magnesium sulfate is incorporated into the rinsing and neutralizing agent used to re-form the disulfide bonds. They also noted that its use enhanced the curl pattern and imparted a greater stability to high humidity.

Magnesium sulfate is an inorganic compound that exists as a hydrated material, magnesium sulfate septahydrate (MgSO4• 7H2O). This salt is extremely hydrophilic and thus easily dissolved into an aqueous solution that can be spritzed onto the hair. It attracts and binds water molecules from its surroundings to itself.  When MgSO4 is applied topically to hair it does not affect the covalent disulfide bonds, but it does impact the physical crosslinks formed by hydrogen bonds. By increasing the number of hydrogen bonds, the Epsom salt tightens the curl pattern of the hair.

How does magnesium "activate" curls?

The mechanism by which magnesium sulfate achieves this curl activation consists of two steps:

Why does magnesium sulfate make your hair feel dry and rough?

Hair keratin protein incorporates water into its structure. This moisture gives it softness and pliability and is why we strive to maintain properly hydrated hair. However, in a highly hydrated environment, the formation of hydrogen bonds between adjacent cysteine amino acids is minimal. But, in the presence of the highly hygroscopic salt, MgSO4, the keratin protein becomes dehydrated. This dehydrated environment is what permits the formation of additional hydrogen bonds and the curl activating properties of magnesium sulfate. Thus, the very quality that permits magnesium sulfate to boost curl formation is also the one that generates the poor results in subsequent uses.

Magnesium sulfate also forms fairly large crystals, and these structures can roughen the surface of hair, yielding an unpleasant texture and tactile experience for some. They may increase tangling as well, if adjacent hair strands get caught on them. For this reason, it is advisable to use a good lubricative leave-in conditioner along with a magnesium sulfate. (Dare I say it? A silicone might work nicely and not interfere with the curl forming effects of the MgSO4).

What about magnesium oil?

Some products are beginning to advertise that they use magnesium oil, rather than magnesium sulfate.  These are typically a supersaturated aqueous solution of magnesium chloride (MgCl2). The chlorine molecule changes the properties of the salt, rendering it slightly less hydroscopic. For this reason, it may not boost curl as significantly, but also will not dehydrate and potentially damage the hair as much. It seems a reasonable type of product with which to experiment.

How to use magnesium sulfate safely

Magnesium sulfate can indeed be a useful curl activator or curl booster and has a place in the arsenal of every curly girl (or guy).  However, the mechanism by which it achieves this effect leaves hair, especially fragile curly hair, very vulnerable to damage due to dehydration.  This effect can be minimized by using magnesium sulfate infrequently as an emergency agent, or using it in conjunction with products that deeply moisturize and protect the hair.  CurlTalk member Jas76 says that "a good LI [leave-in conditioner] under it helps, and then scrunching in some light oil after it's dry helps, too!! And yes - don't use it everyday if you find it particularly drying." We also recommend that you condition very well after every use.

This article was originally published in 2013 and has been updated for grammar and clarity.