Confession time Curlies, I'm probably more obsessed with lingerie than I have EVER been about hair.

Seriously, if you think my product hoarding is bad, you should see my corset collection. And because the powers that be haven't been convinced to let me direct shots for a NaturallyCurly pinup calendar (YET), I have no choice but to ogle other people's. This ancient queens meets the Milky Way collab between Sweet Nothings NYC, Anjali, and my mega-fav Cora Harrington really brightened my day!

Ultimately, it's not the hair, or the fabulousness, or the lingerie itself that got me the most...it's the HISTORY.

Rather than using (perfectly valid) mythological figures to model their fantasy looks, these ladies used stories about actual queens from back in the day to style themselves and inform the distinct brands of regalness they brought to each of their individual shots. There's never NOT a time when I'm not ready to learn about ladies that shook things up. We've been doing it for CENTURIES after all.

Anjali was the pious Queen Lakshmibai 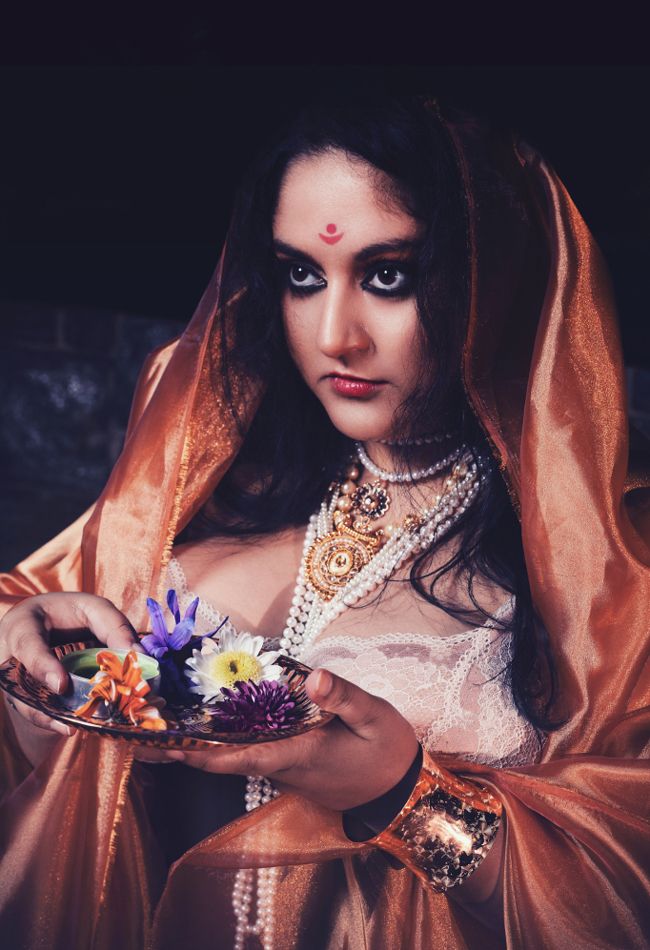 She depicts the sun, fierce and dazzling. Turn the brightness on your screen down, and don't look at her photo for more than a few minutes at a time.

For the shoot I was thinking of her in her most vulnerable hours. Alone, without her maids, without the eyes of the public on her. This playful, fierce, devout woman who had grown up so quickly, lost so much, insisted on living life on her own terms, and defended her realm against the British with her very life.

Sweets was the vengeful Queen Boadicea

She portrays the moon: cool, yet forceful. If you don't think the moon has power, head to the beach and see how far you can get stopping the tides.

The floral guipure embroidery on the silk Fleur of England harness and the dramatic fall of floral lace on the Amoralle gown made me think of elements in the natural world that would have appealed to Victorian artists creating an image of a powerful pre-Roman British queen.

Cora was the extravagant Queen of Sheba 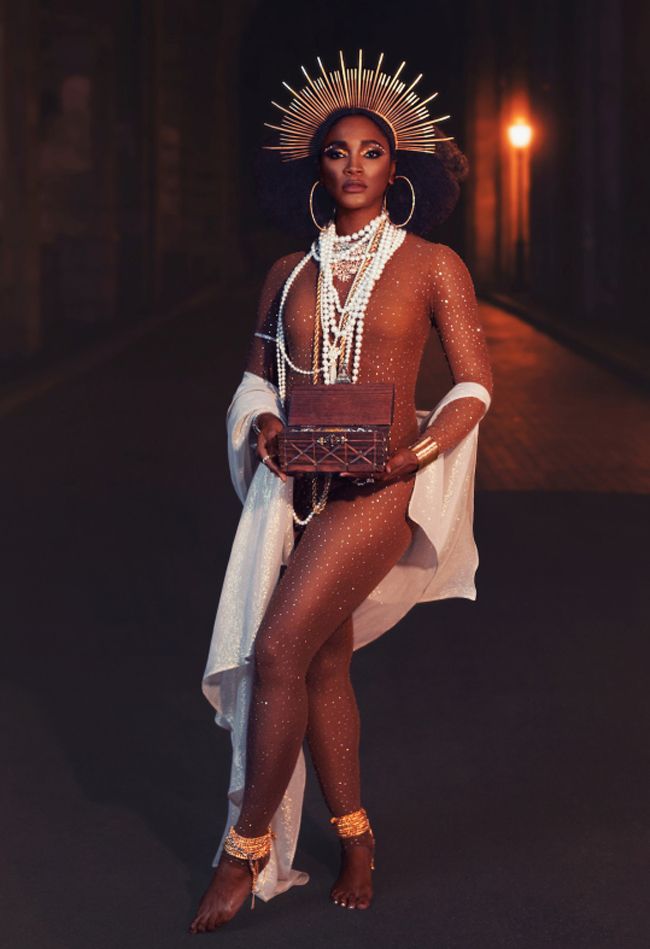 She embodies the stars: infinite in number (as far as non-astronomers need be concerned), and forever enchanting.

In my concept of her, she's the kind of woman who would clothe herself in diamonds, pearls, and gold leaf instead of regular garments. Not simply because she could, but because she should.

As this garbage fire year draws to a close, this photo shoot gives me a lot of hope.

Women of all colors, all backgrounds, all body types, and all curl patterns can come together to create something beautiful and powerful, no matter what anyone might have to say about 'innate cattiness' or what have you. It also gives me a lot of drive to keep making money so that I can keep myself in plus size stockings and embroidered underpinnings. Anyway, if we're doomed to repeat a lot of history since NO ONE has learned ANYTHING, not that I'm bitter, hahaha, I'd rather it be with rulers like these. Besides, even garbage fires can provide the spark you need to light the way to revolution, big or small.

Curlies, which Queen, officially crowned or otherwise, had the most impact on you in life? Share in the comments!