If there's one constant in the fashion world, it's that hats are always in. Every culture has some type of hat or head cover, which means that there are hundreds of hat styles to choose from. But, much like finding the perfect pair of sunglasses, it's hard to know which hat is the right hat for you. Turns out, it all depends on the shape of your face and your hair style.

Hats Based on Face Shape

Round or Oval Shaped Face 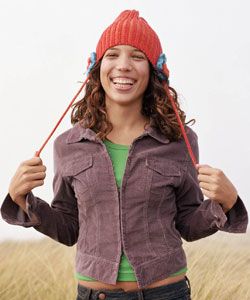 In addition, if you have a triangular or square shaped face, search for hats that sit high on your forehead since this will help to elongate the face. Hat styles that are more rounded than angular will suit you best.

For women with long or elongated faces, there are several hat styles perfectly suited for you. The reality is that with a long face, it's go bold or go home. Choose a hat that has a wide brim, like a sun hat. Make sure the crown is taller than, say, a conductor or newsboy hat. The wider and floppier the brim, the better you will look in it. 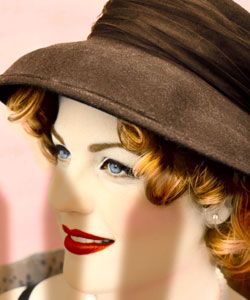 Do you have angular facial features or rounded ones? Choosing a hat should also depend on your brow, cheekbone and nose shape as well as your jaw line.

If you have soft features, choose a hat with angles and symmetry. If you have angular features, a hat with softer lines will balance the angles of your face. And although a large nose will look smaller with a softer, wider hat, a large brim will dwarf a small or narrow chin.

Hats Based on Hair Style

The great thing about a hat is that it is completely unbiased towards any particular hair type. Straight or wavy, curly or kinky, it’s only about the style you wear, not the texture you can’t change.

Some hat styles are better at framing the face while others take a back seat and let the hair do all the work. If you are looking to wear your hair down and curly, there are two hats you have to try.

If you want your hair down in all its glory, try a sun hat or a fascinator. Sure, their sizes are very large and small, respectively, but they'll give you the chance to play with your hair, so let those curls loose!

Most of the time, people think of a hat as a head cover. In this case, it's partially true.

Whether it’s a bowler hat with a short brim, a cloche hat, riding cap, or knit hat, short and sassy wins the day. Let your short hair peek out a bit from these hats, and you'll look like an old-fashioned movie star.

Hats and curly hair are a perfect combination since curls not only add a dynamic to the hat, but also frame the face beautifully.

There's nothing like putting on a fedora with a low side bun or a newsboy hat with a ponytail. Many hat styles are best complimented with hair pulled back and in a style that doesn't compete. If your hair is short, you may not have the option to pull your hair back. For longer tressed ladies, anything from the beret to the conductor hat will look great on you.