First of all, I think it's safe to say that the Internet won in ClapBacks this year. There is just something safely entertaining about hiding behind a screen and watching someone else go ALL OUT SAVAGE on another person, especially when they deserve it. If there was one thing you could count on during the tornado disaster that was 2017, it's that when someone claps, there is always a clapback. Here are some of my favorite celeb and fan petty behaviors of the year. Let me know if I missed yours!

Earlier this year there was some controversy surrounding the beautiful and ageless Halle Berry. The Twitter world dragged her curly-do as she posed for cameras on the Oscars red carpet, but as always, Halle clapped back in her usual graceful fashion, with a subtle but intent tweet poking fun at the haters:

After a long award show a girl can't wait to take it off!@brunomars #24kmagic pic.twitter.com/3TfwsV4kZ0

I've got to say though, as wrong as they were, the Twitter trolls did have some funny moments (all in good fun though, we love you Halle):

Me, looking at Halle Berry and this shake-and-go wig: pic.twitter.com/ENZyicpOTi

Halle Berry rocking a Versace dress with an Outre wig. It's a movement. It's a vibe. #Oscars

RiRi, this year's Queen of inclusivity and beauty, started the year 2017 off right by clapping back to the allegedly talented and crusty rapper Azaelia Banks.

Disgusted! The news is devastating! America is being ruined right before our eyes! What an immoral pig you have to be to implement such BS!!

In a string of four now-deleted comments, Banks dissed Rihanna, and others that disagreed with the ban. She wrote, "No. this all stupid and wrong. Is she even American ???? Can she even vote?"

Rihanna clapped back, not once, not twice, but SEVERAL times. Rihanna posted an Instagram picture of herself serving with a caption taunting Banks' alleged involvement in sacrificing chickens. "The face you make when you a immigrant ?? #stayawayfromthechickens #iheartnuggets #saveourhens," she quipped. Rihanna also posted this photo, insinuating that nobody even listen to Banks: 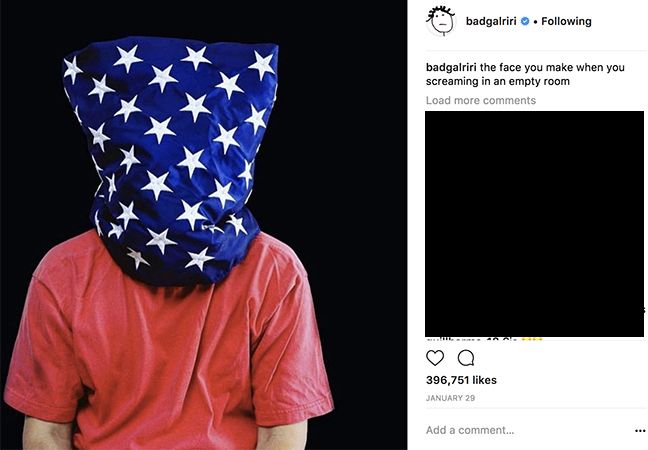 After Waters gave a powerful speech on the House floor saying that protest and criticims of the president is patriotic, O'Reilly was asked for his thoughts, but instead chose to discuss her appearance.

"I didn't hear a word she said. I was looking at the James Brown wig," he said, referencing the late soul singer.

I am a strong black woman. I cannot be intimidated, and I'm not going anywhere. #BlackWomenAtWork

This is one of my favorites of the year. Lee responded to a 'man' that used her photo to critique women 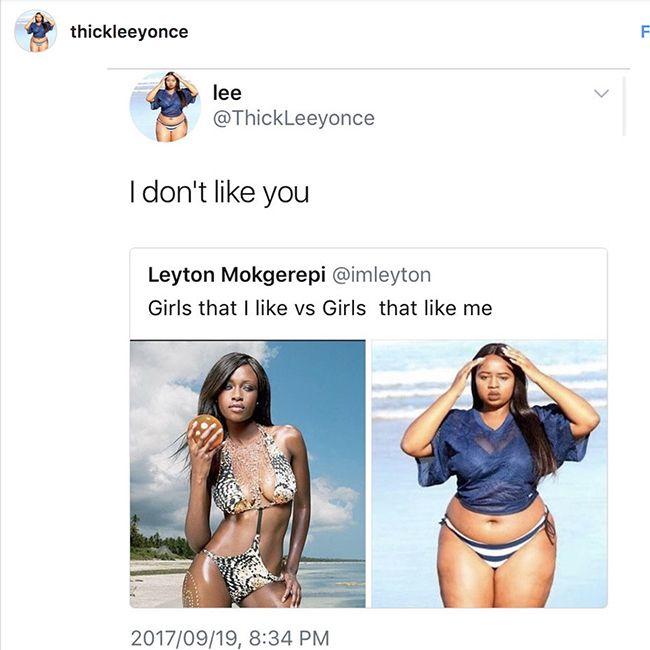 The world should really know by now that Solange does.not.play. Solange responded to ES Magazine's photoshopping of her hair with this Instagram post. I dare anyone to try her in 2018. 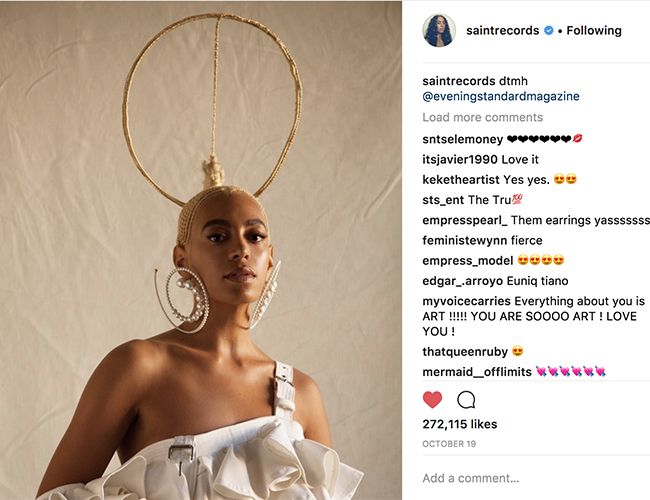 I wish I coud give Ms. Teigen all the spots, but this one is one of my favorites. After Chrissy Teigen posted a photo of the current president blocking her, she clapped back at a user that said

"that's probably the best thing you'll ever have happen to you" with a picture of herself and her husband on a lake in Italy, as well as commenting:

"I have a best-selling book, great boobs, a family I love, am literally eating pasta on a lake in Italy, and I married rich," she retorted, referring to her acclaimed cookbook, Cravings.

At this point, Auntie Maxine isn't even challenging anyone, she's just eloquently owning them. The Internet REJOICED after she shut down a rambling Secretary Mnuchin with her now infamous phrase "Reclaiming my time," a stone-faced invocation of House procedural rules.

Imagine trying to go up against the mega star and troll slayer that is Cher... After Cher promised to take in Dreamers that might be affected by Trump's proposed rolling back of the Deferred Action for Childhood Arrivals act, Cher had to embarrass a hater, and she did it in Cher style. 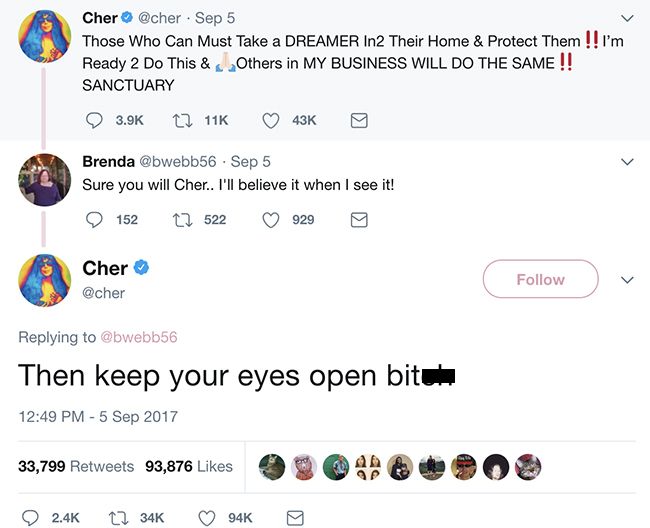 How many times do we have to say DTMH before publishers and magazines begin to listen? Thankfully, Lupita took the high road and clapped back with her usual elegance. Despite her full right to go all out Savage on the magazine, this is how she responded:

As I have made clear so often in the past with every fiber of my being, I embrace my natural heritage and despite having grown up thinking light skin and straight, silky hair were the standards of beauty, I now know that my dark skin and kinky, coily hair are beautiful too.

Being featured on the cover of a magazine fulfills me as it is an opportunity to show other dark, kinky-haired people, and particularly our children, that they are beautiful just the way they are.

I am disappointed that @graziauk invited me to be on their cover and then edited out and smoothed my hair to fit their notion of what beautiful hair looks like. Had I been consulted, I would have explained that I cannot support or condone the omission of what is my native heritage with the intention that they appreciate that there is still a very long way to go to combat the unconscious prejudice against black women's complexion, hair style and texture. 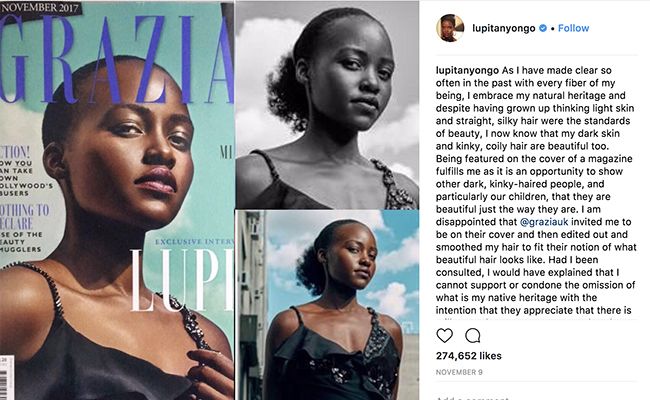 Grazia later apologized, and I doubt they will ever touch another Black woman's hair again.

Emmit Walker hilariously clapped back to a racist woman at the airport after she didn't think he could possibly belong in the first class boarding line. Shoutout to him for making light of the situation when she should have been told all the way off. 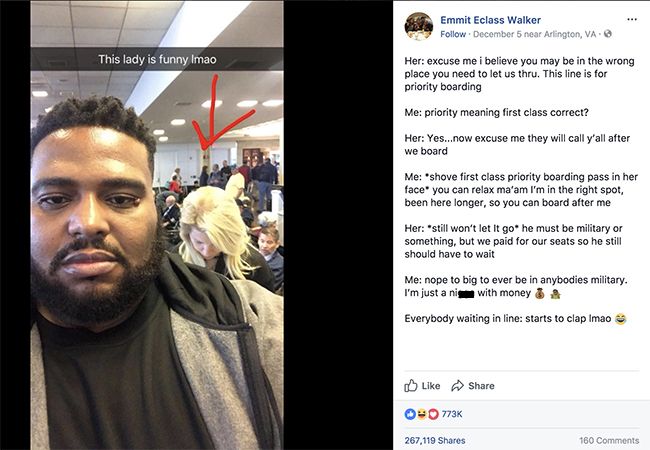 Any time Black anchors get to go in on the kind of incessant racism they face from viewers, I'm all here for it. Atlanta news Anchor Sharon Reed went in on a viewer that had some nasty words for her amidst a close mayoral race between a Black democrat and a white republican.

Shutting racists down should not be a job requirement for anyone in 2017(or ever really), but thank god for Black women who do it anyways.

This is far from a comprehensive list, however it definitely includes some great and deserved P.E.T.T.Y. moments. Did I miss one of yours? Let me know in the comments!