A Talk with Author Trisha Thomas 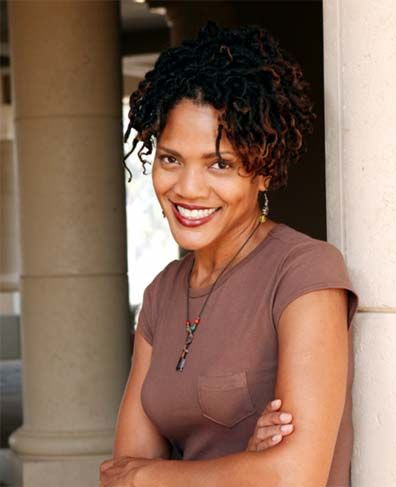 Venus Johnston has a great job, a beautiful home, and a loving live-in boyfriend named Clint, who happens to be a drop-dead gorgeous doctor. She has a weekly beauty-parlor date with Tina, who keeps Venus's long, processed hair slick and straight. Ever since childhood, the tedious hours in the salon and the harsh, burning chemicals have grated on Venus, and increasingly she dreams of cutting off her beautiful "good" hair. When her boyfriend keeps balking at commitment, and the thought of another hour at the salon is just too much.

NaturallyCurly talked to Thomas about her novels, the upcoming movie and her own hair-raising experiences.

In honor of the release of her new book, Thomas is holding a contest in celebration of natural hair. She is asking people to send in their own experiences with natural hair.

NaturallyCurly: How did you get the idea for "Nappily Ever After"?

Thomas: I started writing a non-fiction chronicle starting from the 1800s to the present and how societal changes gave way to what was acceptable and "right." The reason I began the historical research was out of sheer anger. My daughter came home from school in tears when she was around 9 or 10 after being teased with "nappy head" comments. She had never heard that before, and I wasn't big on putting her hair in tight greasy styles. So she already felt different. It's a hard time for kids going to a new school in a new area, so this was traumatic. Anyway, i just couldn't believe these same hair wars, (good hair, bad hair, ie, curly versus nappy) were still happening from when I was a kid. I wrote the hair history and sent it out to a few publishing houses. At the time, they weren't interested at all. So I started with the fiction side, trying to incorporate a good story. I had never written a novel but I'd always loved to read. I spent another year rewriting, and that's how it came to be. 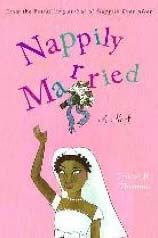 NC: Have you been surprised by the response to the book?

Thomas: I knew hair affected everyone on some level, but not to the point of hearing "Thank you's for changing my life." That's when it hit me how truly deep and painful our hair roots go.

NC: You must be so excited that "Nappily Ever After" is being made into a movie. Tell me about the experience of turning your book into a movie.

Thomas: Seeing "Nappily Ever After" becoming a film and starring one of the biggest movie actresses of our time is surreal. It's somewhat overwhelming, and I just do my best to not think about it or I get stuck on the cloud, floating around instead of writing, which is what pays the bills.

NC: You've gotten some criticism for the choice of Halle Berry as the lead. Tell me about that.

Thomas: The word 'nappy' is a dual-edged sword. Some think it's a terrible word and should be banned from planet earth, then the pendulum swings all the way over to folks who believe you have to earn your 'nappy membership card' and it's a privilege to use the word. I've been asked, "what do you know about nappy'," as if I couldn't possibly be allowed in the club. Once again, this goes back to the good hair, bad hair wars on the playground. The children stand around and rate each other by hair texture, creating a pecking order. The straighter hair gets you points. The coarse hair gets you teased. As adults, I don't think this pain ever goes away. So because Halle doesn't have the coarse grade of hair mostly associated with the word, she's not supposed to understand. But I think she understands perfectly or she wouldn't have spearheaded this project into existence. She's an actress. It's a role. But she's also passionate about the complex relationship women have with their hair.

NC: Tell us a little about "Nappily Married."

Thomas: Nappily Married continues the story of Venus. She's a stay-home wife and mother, happy finally to have the man of her dreams. Until her ex comes along and offers her a dream PR job. Of course her husband doesn't approve of her working with her ex-fiance. But Venus is too headstrong to turn down an opportunity to get back into the fold. Her ambition leads her head to head with the woman who stole her ex from her in the first place. Now she's more than determined to get back what she's lost, the career or the ex, -- the line becomes blurred. I can't wait to hear how people feel about the ending of this one. I got a lot of flack for ending "Nappily Ever After" the way I did so it's going to be interesting.

NC: What are the details about your contest?

Thomas: In the opening chapter of "Nappily Married, " Venus is back in "the chair," about to get a relaxer put on her spiraling mane, all to fight fire with fire. She wants to be a slick-haired beauty like her nemesis. Everyone in the salon is screaming to talk her out of it because it's such an honor to have the courage and power to go natural. No one wants to see her fall off the wagon. I just wanted to see if people could talk about their own experiences going natural.