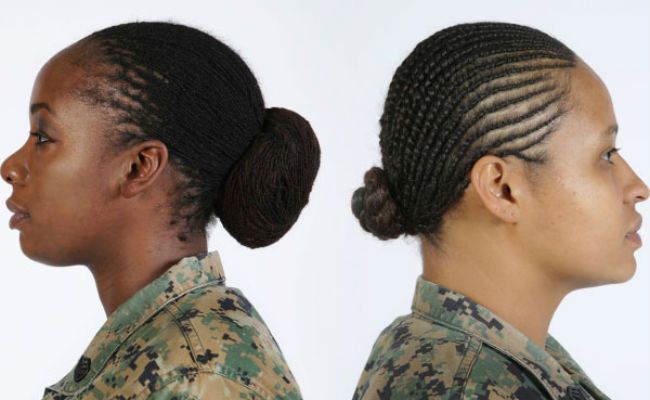 PHOTO COURTESY OF THE MARINE CORPS

For some, this change is culturally liberating, has financial benefits and is simply convenient," Sgt. Cherie Wright.

Good news for naturals in the military, specifically the Marine Corps. Monday two new hairstyles for women Marines have been approved.

Two-strand twists and thin locs are now accepted as part of a dress code that has been notorious for banning anything "faddish or eccentric", according to Military officials. There were a number of factors considered for this newly passed hairdress de-regulation to even be considered.

Marine Staff Sgt. Cherie Wright of II Marine Expeditionary Force urged the current set of standards to be reviewed and revised, thus pushing the Marine Corps Uniform Board to make the necessary requests on her behalf. "For some, this change is culturally liberating, has financial benefits and is simply convenient," Wright explained in Monday's statement released by the Corps.

According to Hope Hodge Seck for Military.com, "Twists, or two sections of hair twisted together to form a rope or cord, may only be worn with medium-length and long hair. The appearance of the twists must be neat and professional and cannot interfere with wear of any military headgear or be excessively bulky.

Locks, or single sections of hair that twist from the root to the ends of the hair to form a ringlet or cord, can be worn with short, medium or long hair, must be separated with square or rectangular-shaped partings to keep a professional appearance. All locks and twists must be no wider than 3/8ths of an inch in diameter." 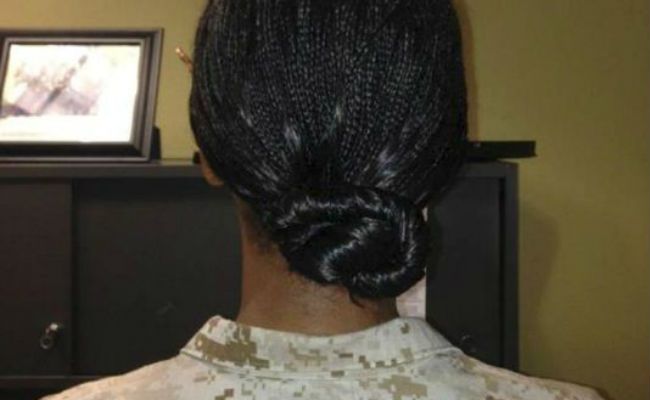 One year ago, female members of the Navy were given the freedom to wear "larger buns" and two-strand twists, in addition to women in the U.S. Army. Exactly two years ago in December 2013, the Marine Corps also revised its current hairstyle regulations--however, it wasn't as sweet as its predecessors. It strictly prohibited dreadlocks and twists. According to Military Times, "last year, the Marine Corps approved micro braids or 'multiple braids,' a series of small, uniform braids about 1⁄8 to 1/4 of an inch in diameter, that show no more than 1⁄8 inch of scalp between each braid."

The Marine Corps Board wants your opinion

While this news might be complicated to some, as there are still a handful of rules set in stone that haven't changed, the Marines announced that they will publish a web page before the end of the year outlining detailed specifications on both male and females hairstyles. There is also a survey being conducted by the Marine Corps asking for feedback from members regarding this new change and two others that came with Monday's big announcement.

Watch the video of the recently updated natural hair regulations and let us know what you think in the comments below.