PhytoSpecific: Especially For Us

French model Kathy Jean Louis has walked the catwalk for some of the world's top designers.

Now it is her beautiful curls that are in the spotlight. Jean Louis, the muse for French designer Paco Rabanne, is the spokeswoman for PhytoSpecific, a line of haircare products specifically for naturally curly, coarse and relaxed hair. 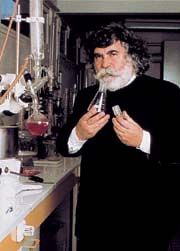 Ales felt there was a need for a full prestige line of products for curly, frizzy and wavy hair using botanical extracts and plants. While customers loved his Phyto products, there had been infinite requests from customers asking for specialty products for this hair texture.

He enlisted the help of Dr. Fatou Plat. Plat has been recognized for her extensive studies of plants and has studied internationally. For Plat, a curlyhead, it had long been her own dream to use her knowledge of phytochemistry to develop a line for naturally curly, frizzy and relaxed hair based in active botanical ingredients. Ales wanted a luxurious line with beautiful packaging and concentrated formulas.

The PhytoSpecific is 'more of a treatment line,' explained Marie Christine Stefanetti, director of education for the Ales Group.

In addition, the line also includes a Revitalizing Treatment Oil and two styling tools - the Beauty Styling Cream - a pomade that adds shine - and the Moisturizing Styling Balm - a leave-in conditioner that protects the hair from extreme conditions. For those who want to relax their hair, PhytoSpecific offers two Phytorelaxers - one for delicate fine hair and the other for normal, thick and coarse hair.

The products contain no harsh detergents and are loaded with plant extracts like shea butter, macadamia oil, kukui oil, wax of mimosa, jojoba oil, mango oil as well as vitamins and amino acids.

Chicago stylist Phedra Price of Toss Salon and Spa began using the PhytoSpecific line in the 1990s while she was living in France.

Price said she especially liks the fact that the PhytoSpecific line doesn't assume one size fits all.

Albert Narcisse, who specializes in color and relaxers at the Lepine New York Salon, is a big fan of the PhytoSpecific line. His two favorites are the Vital Force Cream Bath and the Intense Nutrition Masque conditioners.

Narcisse said he's glad to see another company that is catering to the curlyheaded.

Beginning this month, NaturallyCurly.com is proud to offer the PhytoSpecific line on CurlMart. It is the first of what we hope will be several lines of products for curly hair that will be available on the site in the coming months.

The first time that Jean Louis visited the PhytoSolba Laboratories, she said she was impressed by the dedication of the researchers, chemists and doctors and the passion they had for PhytoSpecific products. But the real selling point, she said, were the way the products worked on her own hair.