How This Contestant Is Rocking the Beauty Pageant Standard 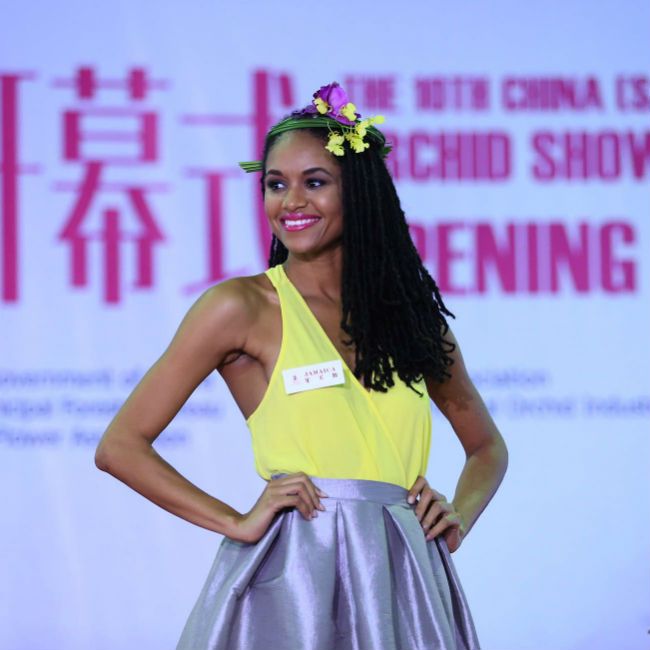 While most viewers were paying attention to the Steve Harvey crowning mishap, the natural hair community was focused on Miss World Jamaica and her glorious crown of dreadlocks, which took place this year in Sanya, China. Twenty-four year old Sanneta Myrie was given her Miss Jamaica title with beautiful, mid-back length locs that flowed with every graceful movement made on stage in front of millions of venue onlookers and TV viewers. While this is not the first time a pageant contestant has worn dreadlocks in a beauty pageant, it is still a rarity in the beauty pageant franchise and a first for Miss World.

Sanneta, a certified medical doctor and self-proclaimed people lover, was raised in rural Jamaica and has since taken up a love of cross-country running, volunteering for various healthcare organizations, and dancing in her down time. Slow wine, anyone? The stunning island gal volunteers at the University of West Indies, and has publicly stated her desire to join Doctors Without Borders. When asked by The Jamaica Observer on her personal style, Myrie acknowledged her hometown for influencing her taste in clothing, beauty, and hair.

"My life has always been rooted in the arts and culture which has significantly impacted my own personal style. So even when I select glam, it has to have an ethnic urban twist to it. I like timeless pieces, so I keep away from the extra trendy styles."

She also went on to mention that both flats and heels make up equal part of her shoe collection, saying that stilletos represent her "femininity and style" while flats keep her grounded. While simplicity and sophistication are key to Myrie, she makes no secret of the significant role her roots have given her during her journey to pageant queen success and recognition. 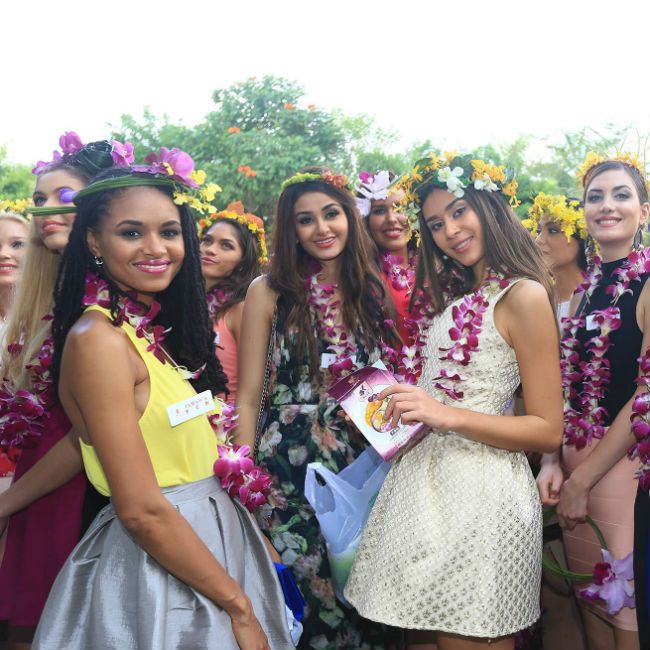 We are excited to see what Sanneta has in store for her future, especially with a light shining on her as being the only beauty queen to rock her natural hair this year during Miss World 2015 competition. Getting crowned with natural locs is a gem in an industry that tends to include an overwhelmingly similar beauty ideal, time and time again.

As members of the natural hair community, we do applaud these otherwise exclusive franchises for beginning to showcase more equally beautiful women who represent commonly overlooked ethnic and racial groups just because they don't fit into the narrow Western standard of beauty. While it's still advancing more slowly than we had hoped for in 2015, there has been progress in inclusion and we are here for more of it to come.

We hope Myrie continues to lead a shift in embracing and acceptance of what nature has presented her with, much like Maria Borges did recently during the Victoria's Secret Fashion Show.