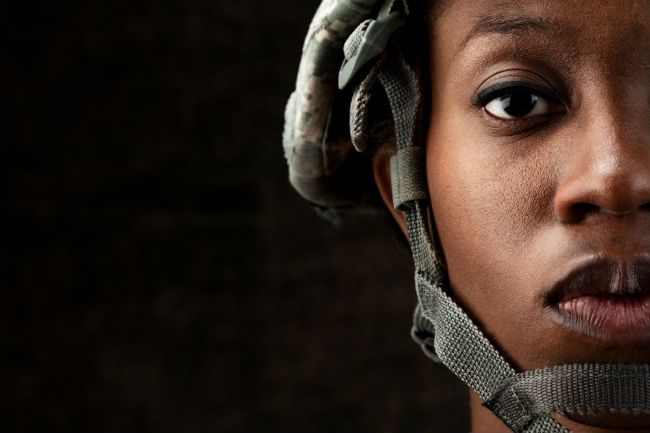 The Army Regulation 670-1 grooming section has been revised to show more inclusion of race and religions as it pertains to hair textures and adornments. Now women with locs and men with facial hair and turbans have been given the OK by the United States Army.

According to Sgt. Maj. Anthony J. Moore, who spoke with JBLM Northwest Guardian, the change comes due to the need to "expand the pool of people eligible to join the Army."

While some naturals can rejoice about the revision as it allows access to benefits such as financial security and more affordable higher education, Sgt. Moore makes no apologies as he mentions that, ultimately, this gives the Army more options for "people to come in who have skills the Army can use."

Despite the problematic nature of the above statement, it is good to see some progression in antiquated systems once put into place to continue oppression and dehumanization of black people in this nation. Proven ineffective and as an act of desperation for recruitment, the U.S. Army seems to have finally realize their old manual of regulations needed a good dusting off to include "female soldiers with dreadlocks/locks" (this is how the policy states these words).

Still, the old manual, which once depicted popular natural hairstyle two-strand twists as "twisting two distinct strands of hair around one another to create a twisted ropelike appearance," has put some smiles on many. Staff Sgt. Chaunsey Logan of Fort Stewart in Georgia, posted her excitement on Facebook:

"For me, it wasn’t just about hair...I am completely against blind conformity, and I’m rebellious by nature," said Logan. Free-form locs are still not allowed, but "neat" locs with routinely twisted roots are OK.

Sgt. Moore states that, like Logan, the changes come due to a growing request by other black female soldiers. "Females have been asking for a while, especially females of African-American descent, to be able to wear dreadlocks and locks because it’s easier to maintain that hairstyle.” That may read as yet another generalized statement, as the "ease of maintaining a hairstyle" certainly depends on the preferences of the individual, but the directive cites the Army's acknowledgment of more inclusion and diversity within the military.

Additionally, U.S. soldiers are now allowed to grow and keep their facial hair for religious reasons. This includes "corners of the mouth but must be trimmed or groomed to not cover the upper lip." Turbans, if worn for religious purposes, are also deemed acceptable without reprimand by the Army. A soldier may apply these regulations to their entire career.

What is your take on the locs, turban, and facial hair ban lift?