The Why Behind Natural Hair Fascination 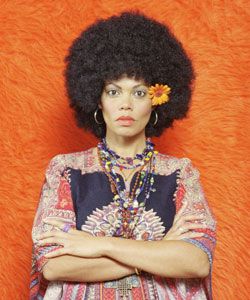 It is an event that has boggled the natural hair woman all her life. Some sides call it offensive, others annoying, still others, curiosity. However, no matter how you feel about the topic, truth is that someone somewhere has crossed into your personal space to touch your hair.

A recent CNN report states that the experience is “a common tale shared by women of color whose natural hair can attract stares, curiosity, comments and the occasional stranger who desires to reach out and touch.”

The conversation that ensues from this common tale is often based on race relations, according to CNN. One side claims that the act of majority white strangers reaching across an unspoken boundary and invading personal space has roots in slavery.

Blogger Los Angelista comments on the subject in response to why her hair cannot be touched: “Because my black ancestors may have been your ancestors’ property, and had to smile while they got touched in ways they didn’t want to, but I am not YOUR property and never will be, so you’d best move your hand away from me.”

The other side of the argument, however, claims that there is no mal intention behind the act, but rather, that it's mere human curiosity.

Overall, the article claims that remnants of slavery-era thinking are what is causing the phenomena. The claim sparked conversation on the CurlTalk board.

User NEA wrote, “I would say natural, kinky-coily hair get more attention, as a WHOLE, than straight hair. That’s from white people and black people (and everybody else). Folks stare. Some of it is admiration, some not. But our natural hair commands attention.”

Furthermore, the article has generated intense response from users on the CNN site as well.

“I wish the author would not automatically jump to the conclusion that people who want to touch her hair harbor racist feelings,” writes coasteage77, a CNN user. “People are always curious about new and different things. Encouraging questions and dialogue is important so we can celebrate everyone’s differences!”

While the majority of the Internet is acknowledging that the CNN article’s claim is a little out there, argument lines are still clearly drawn.

On the other side, however, women of many hair types seem to experience some form of random hair touching.

“I remember this white girl with curly red hair in my class,” writes CurlTalk user makeasweet. “She was always complaining about people touching her hair. I don’t think it’s all about slavery and owning black women. It is all about what’s considered the ‘norm.’”

What are your thoughts on the fascination with natural hair? Join the conversation on CurlTalk and let us know.