Earlier this year, the city of New York made natural hair discrimination illegal. Last week, a group of city leaders and natural hair icons hosted a conversation about the New York’s new guidelines.

“The forum was an unprecedented opportunity to discuss New York City's groundbreaking legal guidance designed to protect people with natural hair from discrimination," says Lurie Daniel-Favors, Esq., General Counsel for the Center for Law and Social Justice at Medgar Evers College, which co-sponsored the event. "Listening to the stories of women and men who've experienced discrimination because of their style and texture made it evident why such protection is needed. No one should be barred from work or school or denied access to public accommodations because of rules steeped in centuries of racial bias.” 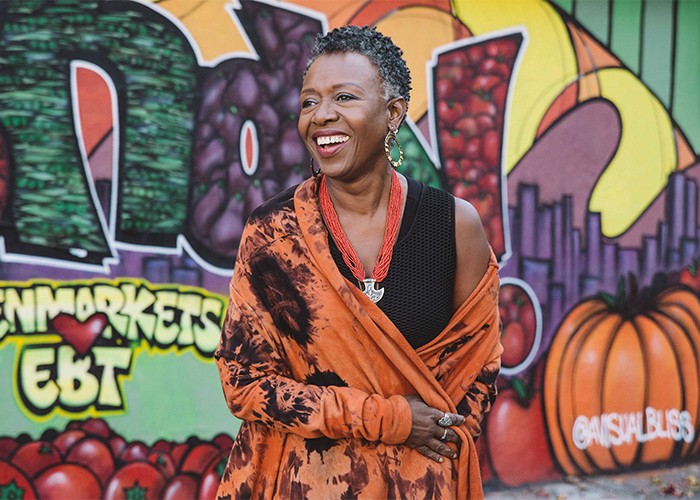 Last week’s panel discussion featured the architects and advisors of New York’s new guidelines. The panel, which included Daniel-Favors, natural hair pioneer Diane Bailey and Brittny-Jade Saunders, the deputy commissioner of strategic initiatives for New York City’s Commission on Human Right. The discussion explored the history of racial bias that prompted the guidance as well as the rights and actions that individuals can take to protect themselves and their families from prejudice based on hair styling or texture.

In February, the New York City Commission on Human Rights (CCHR) issued new guidelines to target people based on their hair or hairstyle, at work, school or in public spaces, will now be considered racial discrimination. . It is among the first of its kind in the country. Applicable to all, but aimed at eliminating the disparate treatment of Black people, the guidance is part of the CCHR’s larger “While Black” campaign designed to affirm the rights of the city’s African descended population.

Under the new guidelines, the city commission can levy penalties up to $250,000 on defendants that are found in violation of the guidelines and there is no cap on damages. The commission can also force internal policy changes and rehirings at offending institutions. The guidelines specifically mention the right of New Yorkers to maintain their “natural hair, treated or untreated hairstyles such as locs, cornrows, twists, braids, Bantu knots, fades, Afros, and/or the right to keep hair in an uncut or untrimmed state.

The change in law applies to anyone in New York City but is aimed at remedying the disparate treatment of black people; the guidelines specifically mention the right of New Yorkers to maintain their “natural hair, treated or untreated hairstyles such as locs, cornrows, twists, braids, Bantu knots, fades, Afros, and/or the right to keep hair in an uncut or untrimmed state.

Bailey says she hopes the forum will inspire the natural hair community to stand up and speak out against prejudiced and outdated policies.”

“Natural hair is about so much more than just styling,” says Bailey, a master Stylist and Industry who heads up heads EMERGE:Natural Beauty Industry Alliance, the forum’s main sponsor. “It represents culture and heritage, so any rules banning certain styles send the dangerous and dehumanizing message that people with Afro-textured hair are somehow unacceptable. It’s important that New York City declared discrimination against natural hair.

What are your thoughts? Let us hear from you in the comments?