This Woman Was Fired For Refusing To Alter Her Natural Hair

I'm not going to compromise my roots and edges because my employer wants me to. 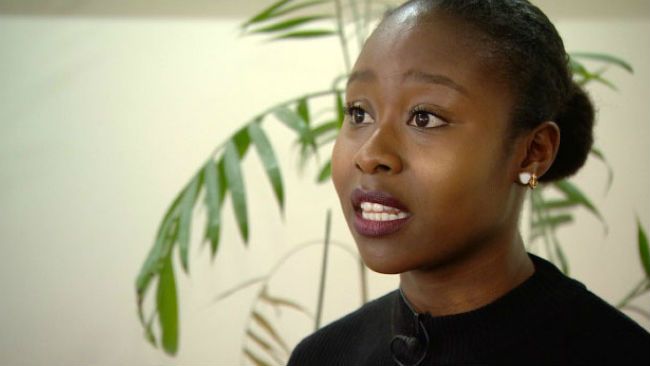 Last week, according to CBC News, restaurant server Akua Agyemfra was sent home for wearing her natural hair in a bun. Working as a manager for 10 years at Jack Astors and a server for 20, the Toronto native reached out to the news channel following an investigation about major restaurant chains forcing their female employees to wear revealing outfits on the shift. Agyemfra took to Facebook to make an official statement after the report was made public:

Don't get me wrong, I think extensions look great. I've been wearing them ever since I was a little girl. I love when I get my braids. It's the protective style I choose and works for me.

But why am I scrutinized when I decide to to take them out? That's not fair.

I'm not going to compromise my roots and edges because my employer wants me to. My scalp has a right to breathe just as much as the woman standing beside me.

With that said, I know white women who only wear their hair up because their natural hair is too annoying to deal with.

It's much easier for them to straighten their hair or comply with the "straight hair" rule at restaurants. Unless your hair is permed, rarely does a black women's hair stay down when it's straightened. It may stay laid for a few hours but that style is only temporary.

I just want equality. If a women, white or black, is more comfortable with their hair up, I don't understand why it's such an issue at a restaurant setting.

Social media followers had a wide array of opinions, from one person saying, "Hair up looks far more professional than having hair down! More hygienic too," to another stating, "Such ignorance to black women's hair...#ShameonJackAstor." Many customers are boycotting the now infamous restaurant, while others are supporting the longstanding health and dress codes while denying this as an act of discrimination.