This is What We Couldn't Show You in Our Black Panther Review...

Time isn't always on our side when we create videos.

Last week, Gerilyn and I washed our hair and screamed at the camera and each other about how much we loved Black Panther, and how the film is part of our soul, and how we need to bottle the essences of everyone involved to create a crystal that will usher in a new age of racial harmony and fabulous clothes for everyone all over the world.

Unfortunately, we ended up with something like an hour's worth of discussion to be worked through, and we know that most of y'all don't have that kind of time.

So here's a taste of what had to hit the cutting room floor, and yes, NC Fam, there will be some spoilers. 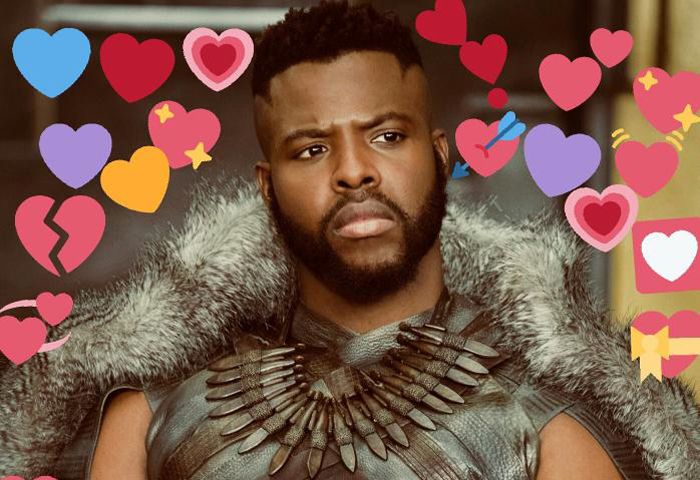 Fun fact, I used to read all the animal encyclopedias I could get my hands on as a child. Do you know what a binturong is offhand? I do. I can't remember this month's light bill due date, but I can tell you about Indonesian 'bear cats' for about half an hour. I was happy to bring some of that nerdery into the BP review, since the crew did a GREAT job with using inspiration from the wild to make plot points in the film. I thought the conflict between how gorillas and panthers are perceived was a great metaphor for the tense relationship between 'mainland' Wakandans and the more isolationist Jabari. The Jabari embody a lot of outsiders'— "colonizers" and some unenlightened folks in the diaspora alike—false perceptions of black Africans everywhere: that they're physically strong, backwards, tech-inept cannibals. But much like the gorilla, an animal feared for its supposed brutishness, the Jabari have a strong sense of family, fairness, and tradition that's been proven to be found in one of our closest living relatives as human beings. Also, they're vegetarians (if you haven't watched yet, that'll make sense soon). Meanwhile, panthers are sleek and attractive animals, but they don't do well in groups, they actually get their tails handed to them quite often in conflicts with other predators like lions and crocodiles, and brainwise, they're still literally big (dorky) cats. Definitely something to think about there.

Speaking of perceptions about Africa...

There was a lot of real talk concerning relations in Afro-Diaspora with mainland Africans.

Black Panther was a better movie than I expected, and I expected it to be brain-meltingly amazing, so that's saying a lot. What I loved most in the film was that it addressed the tensions that would very naturally rise between black Americans and black Africans that had the power to halt imperialism and the Transatlantic slave trade...and didn't. G and I got to discuss the unfairness that rises up between us as well—balancing Africans' disdain for Americans' general (enforced) ignorance of our backgrounds with the incredibly unfair derision that black Americans hurl towards recently transplanted Africans for not being as Westernized. "African Booty Scratchers", anyone? Ick.

Ultimately though, the movie did an EXCELLENT job of showing us all where both sides were right and where both sides were wrong, and never once painted any motivations as 100% correct or incorrect. I don't expect a superhero movie to fix everything in life, but I do hope it can be the start of all of us researching as best we can, empathizing more often, and dressing much much better than we currently do.

Because Gerilyn hates me and wants us to never connect on anything EVER, she went and saw the movie in 3D, while I didn't. She also says I have a tendency to over-dramatize things, but that's another article. But because she did shell out for the high-tech version, the wide swaths of lights, fights, and human rights looked a lot larger than life for her than it did for me.

I'm that weenie movie-goer that gets headaches with the glasses over my glasses, but you know what, I'm willing to try and make it work for my next viewing. She was super convincing.

Y'all were MAD, weren't you. We got so many comments about how we didn't talk about M'Baku, and I have to say, it's actually quite uplifting to see that our audience is as in love as we were! Yes yes, everyone, we both talked about the Jabari leader in glowing terms, how we'd climb any mountain for him, how we'd learn to live in the snow for him, how we'd give up eating meat for him, etc. I may or may not have called him Daddy at some point, can neither confirm nor deny at this juncture. His character was fantastic, and I look forward to seeing more of him when the sequel drops, which...just...cannot be soon enough. Give it up one time for the thick dudes with great senses of humor.

It's a shame that we couldn't get to everything in one video, although we did still cover a lot! If you didn't get to see our review, shame on you, but fortunately you get to watch it right here, right now!