History of Natural Hair and How it Reflects Black History

Black women’s hair has been under attack for centuries. Due to the history of slavery in America and a strict enforcement of white supremacy after it’s abolition, the natural hair movement we know and love today was not always so accepted. And to be real, it’s still not always accepted.

The engrained forms of oppression we unfortunately adopt in marginalized communities can carry on for generations. The manipulation and treatment of Black hair in our country has always been an attempt to emphasize Eurocentric beauty, while dehumanizing Black Americans. Let’s take some time this month to be critical of these systems, but also celebrate the magic that Black hair is!

As/Is, a division of Buzzfeed, produced a phenomenal video that gives a detailed history of Black hair in the United States. It’s a beautiful and informative watch that we highly recommend!

One of the first earliest attacks on Black hair was the removal of it. In the 1600s, slaves were dehumanized and treated as commodities in every way. This act of violence was done with the purpose of humiliation and abuse of power. It was also an attempt to remove them from their culture as much as possible, as many African hairstyles were intricate, beautiful and complex. 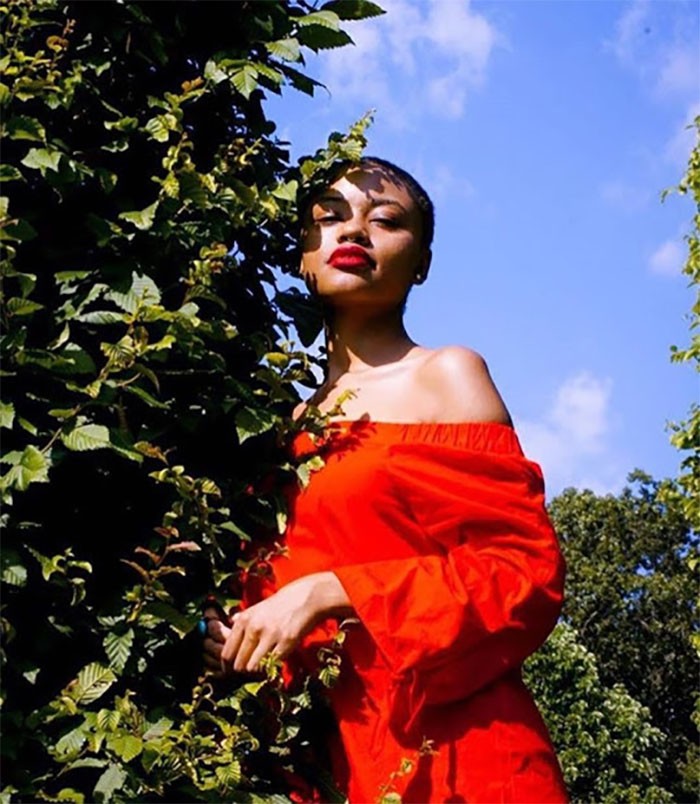 While there is an ugly history along the diaspora of Black hair being violated without consent, Black women have been able to reclaim their hair styles and choices. And Vivianne rocks a buzz cut like no other!

In 1786, New Orleans enacted the Tignon Law which prohibited Black & Creole women from wearing their natural hair uncovered. This was an attempt to deter white male suitors from engaging with Black women, as their beauty was perceived as a threat to white women.

Little did they know, Black women would create beautiful scarfs, prints and wrap patterns. They were showing out with these styles! While there are no longer laws in place with these stipulations, head wraps are still a huge part of Black culture throughout the U.S. and the Caribbean.

Following the 13th Amendment, America implicitly and explicitly pushed for the assimilation of Black citizens into Eurocentric standards. This heavily contributed to the mass production of hair relaxers and hot combs. These products may have straightened Black women’s hair, however they also did a lot of damage. The anti-blackness runs so deep that our country had forced Black women to put their health at risk to simply be acknowledged. 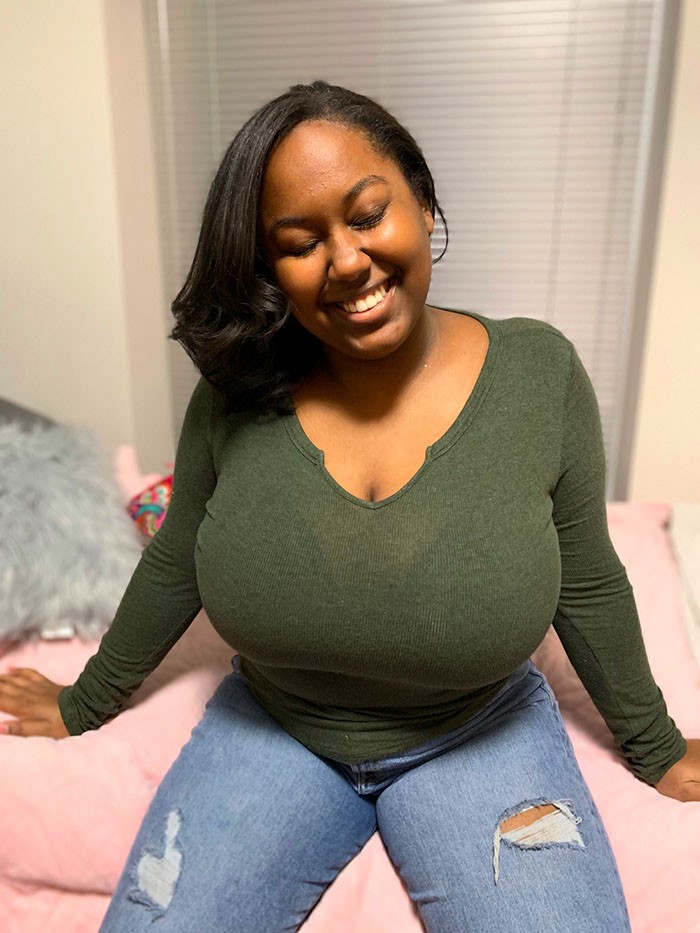 Still, there’s nothing wrong with changing it up now and then as long as you’re careful and gentle. Dominique doesn’t get blow outs often, but she comes with inches when she does!

Josephine Baker, a French entertainer, popularized the short flapper cut when she hit the scene in the 1920s. The culture had shifted periodically and these were the hairstyles women were gravitating towards. 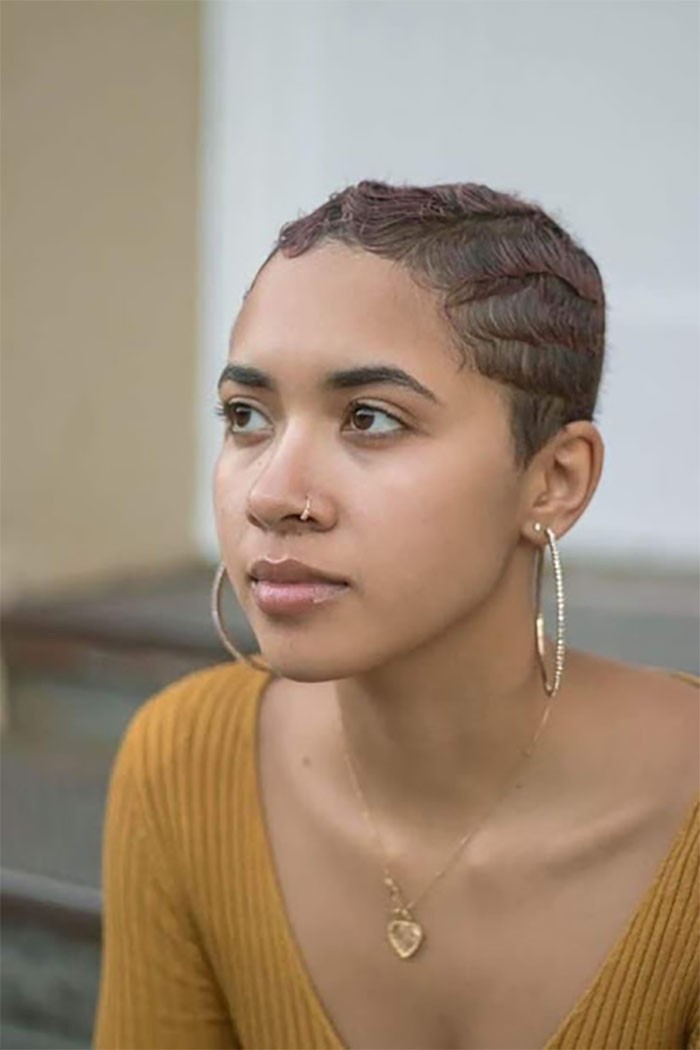 Finger waves also emerged during this time period. And Rebecca reminds us why we haven’t put let go of them yet!

Contrary to what some people may have been told, no; Kylie Jenner did not start the wig trend. Black women have been laying their edges and lace fronts since the 1950s when they wanted to try out different styles. The fashionability and convenience of wigs opened up a completely different world.

While wigs have been trending in the past few years, there has not always been a welcoming attitude surrounding them. Black women’s hair is consistently policed, however that’s not the case for their counterparts. That is how mainstream media could criticize Nicki Minaj’s colorful wigs for years, yet praise women like Kylie Jenner for copying the trend. 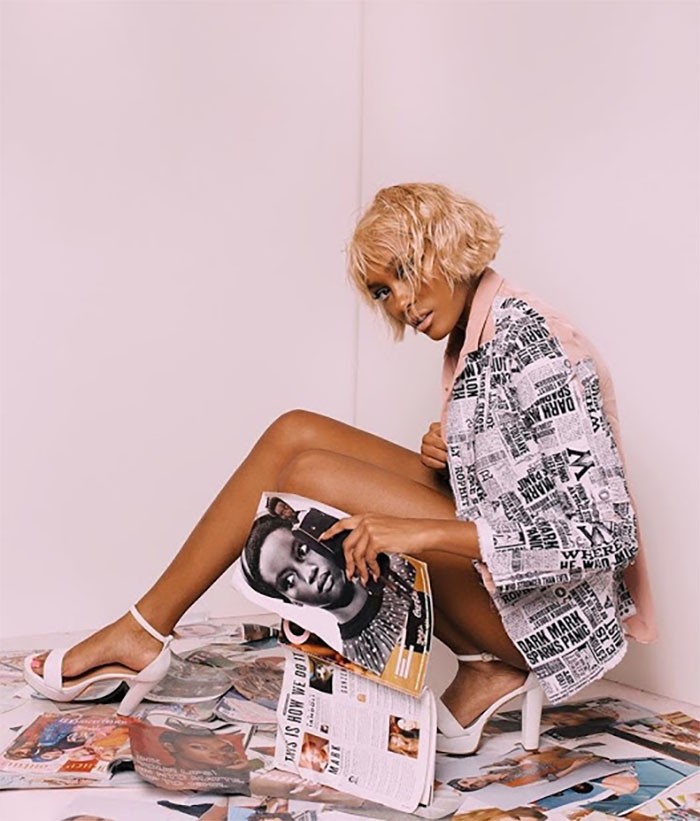 Let Taylor remind everyone that you cannot compete where you don’t compare!

During the Black Power movements of the 60s and 70s, the afro rose back to popularity. Angela Davis (our Black feminist icon) wore her fro in the most unapologetic way possible. This inspired Black women all over the country to go natural and cut the relaxers. Self-love and afro-centrism were being preached by Black leaders all over. It was a moment of reclamation. And Eseosa killed this iconic look! 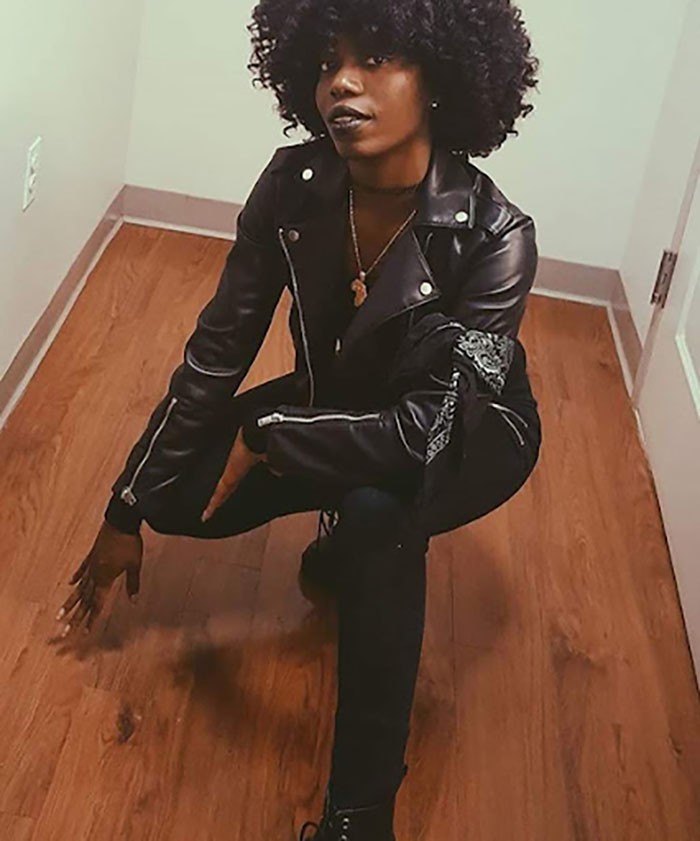 The Kardashian’s also did not invent cornrows. And they were never called “boxer braids”. Let’s start there.

Cicely Tyson popularized cornrows in the 1970s while she was promoting Sounder. Cornrows were around for centuries, but they became more commonly worn out in public as more and more women adopted the style. Unfortunately, women like Bo Derek and Kim Kardashian were credited for something that was never theirs.

Locs have had cultural and religious significance to many communities along the African diaspora. However, they were never really accepted. Especially when adopted without a specific cultural purpose. Whoopi Goldberg’s iconic locs changed that in the 1980s. 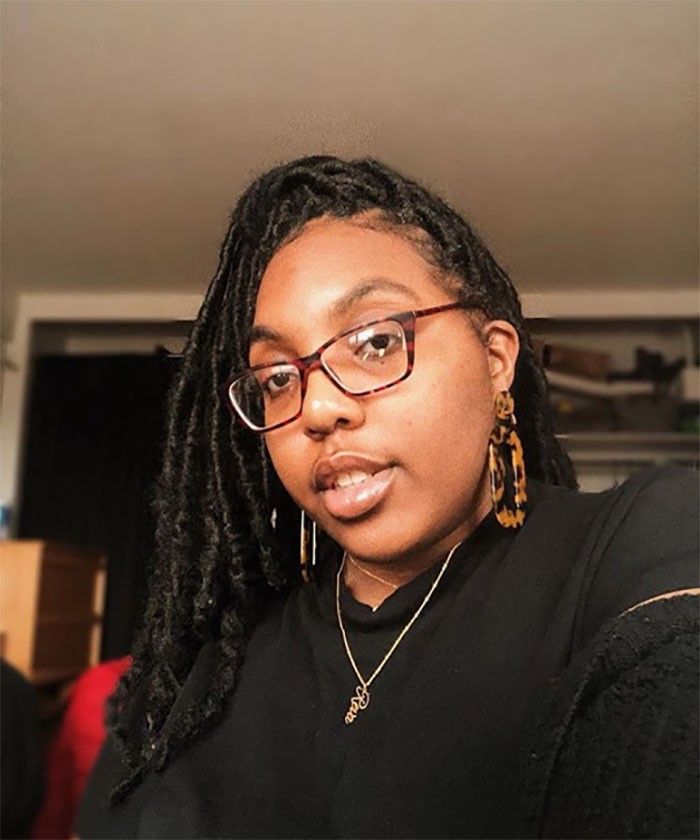 In 2014, Justin Bieber was under fire for getting dreadlocks and he responded, “It’s just my hair.” In 2018, the Supreme Court refused to consider a lawsuit where Chastity Jones, a Black woman, was rescinded a job offer after she was told she’d have to cut her dreads off and she didn’t. It’s more than ironic to see these two things play out simultaneously. Let Reva remind you how it’s done!

The 90s were Janet Jackson’s years to shine. She absolutely captivated our hearts and our screens in Poetic Justice with her iconic box braids. And it shows! 90s babies like Jasmine rock box braids like no other! 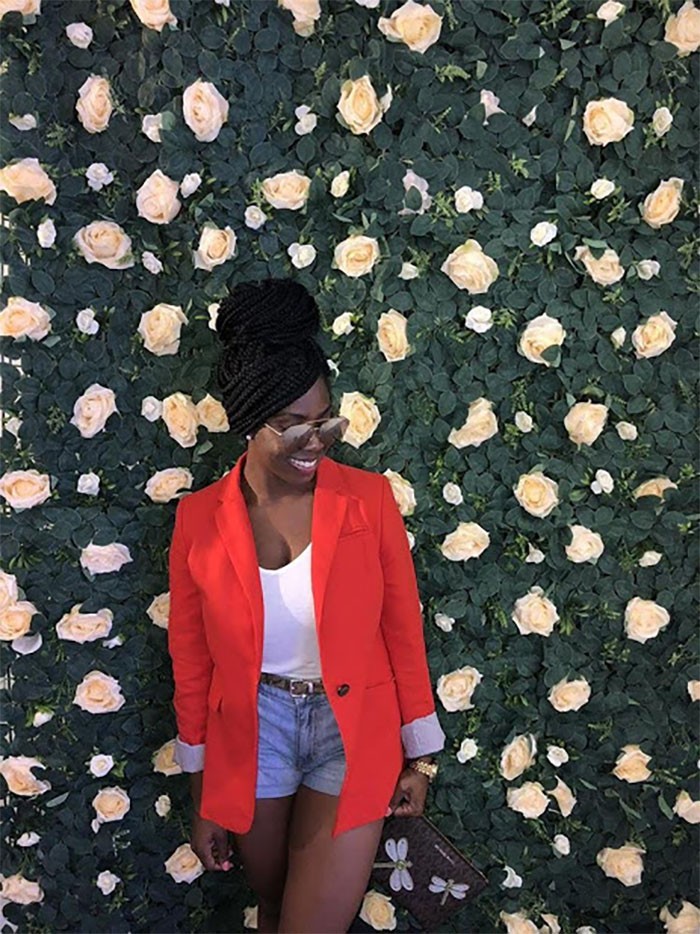 While the popularity of this style increased, the policing of it did as well. All of a sudden, Black girls and women in educational and professional settings would be targeted for this particular style. Just this past year, a Boston charter school threatened Black girls with detention and suspension for wearing box braids. This same year, there was a surge in tutorials for box braids on caucasian hair textures. Noticing a trend?

Over the past decade, the advent of social media and emergence of platforms like YouTube have heavily contributed to attention being brought back to natural hairstyles. Women like Jackie Aina, Naptural85, SunKissAlba and Jasmine Brown, have inspired thousands of Black women everywhere. 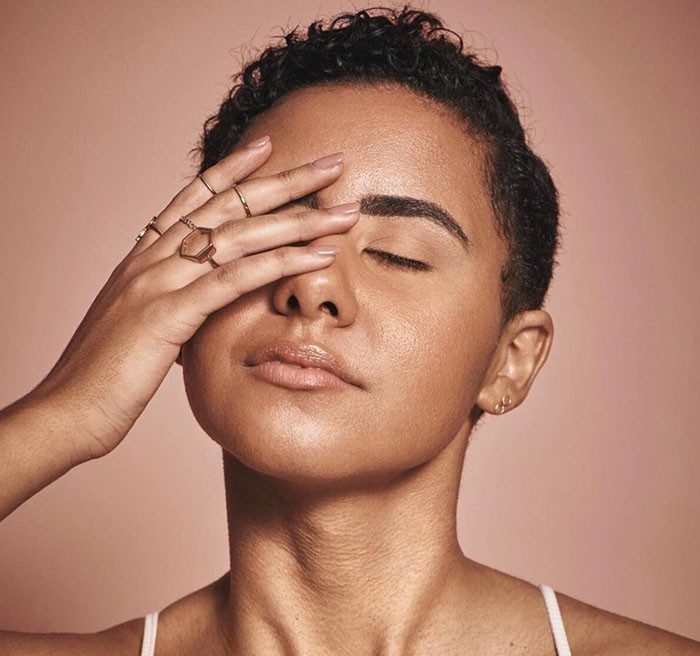 There are a million ways to rock your tresses, and Jas came to remind you all how gorgeous natural beauty is! Big chops, headwraps, blowouts, braids, edges laid! We’re blasting Solange’s Don’t Touch My Hair, celebrating it all this month and every month. Black is beautiful.