Why Are So Many Schools Discriminating Against Natural Hair? 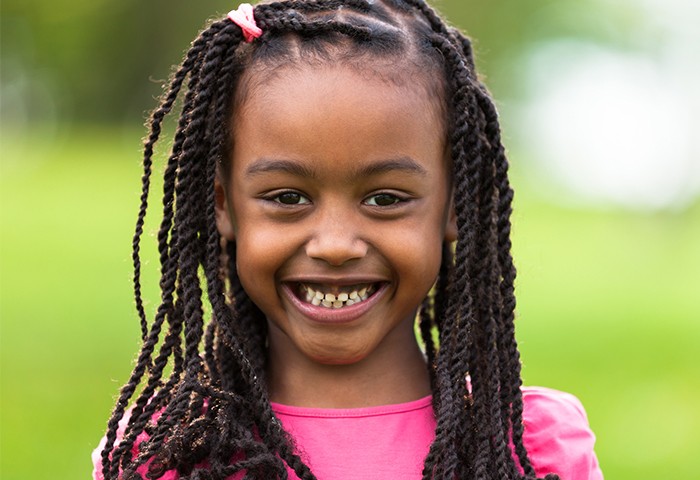 A child’s foundation begins at home, and is further developed in the school system. In the household, children learn core values, manners, self-worth, and much more. School can either reinforce those values, or tear them down. Over the years, the education system has done our kids a disservice by implying that their natural hair or protective styles are unprofessional, distracting, a violation of dress code, unsanitary, and unruly. The traditional and cultural foundation that parents work so hard to establish can be destroyed the minute a school administrator chooses to focus on hair, rather than education.

Protective styles are more than just a staple in the black community. Braids, extensions, and loccs have traditional and cultural roots to people of color. Today, braids and extensions help protect our hair, and eliminate constant manipulation and styling. For school children, braids serve as a low-maintenance style that can last for 1-2 months.

In 2017, fifteen-year-old sisters Mya and Deanna Cook were given detention and banned from Latin Club, a sports banquet, and cross country at Mystic Valley Regional Charter School in Malden, Massachusetts, for wearing box braids. According to the school’s handbook, the teens violated the dress code policy which prohibits hair extensions.

“It makes me feel horrible that the school won’t let me wear my hair," Deanna told NBC news. "The school doesn’t appreciate my culture, which is my hair, and it makes me feel like they just want us out more than just for the reason of our hair. It’s our skin color that they want out of the school.”

The sisters were prohibited from participating in all extracurricular activities until the braids were removed from their hair. They are taking a stand against the school by maintaining their hairstyles. “We’ve been at the school for 11 years, I’m not going to leave just because they don’t like my hair or my culture, I’m still staying,” Deanna said. “I don’t care if they wanna throw me out, I’m not leaving without a fight either.”

In August 2018, 6-year-old Clinton Stanley, Jr., was turned away on his first day of school because of a rule in the handbook of A Book’s Christian Academy in Apopka, Florida, that says all boys should wear hairstyles that don’t fall below the ears. The school stood by their policy and offered a solution that involved Clinton unenrolling from the school. He could re-enroll only if he cut his locs. His father declined the offer and took him to a new school that welcomed him, and his hair.

One week later, 11-year-old Faith Fennidy violated Christ the King Parish School’s policy that states students cannot wear extensions or hairpieces in their hair. Although the student was not expelled or suspended from the New Orleans school, her parents felt it necessary to pull Faith from the school for having such an absurd policy.

There are many of these situations that go undocumented. Some parents appease the handbook and remove the hairstyles that cause an unnecessary disruption, while others endure the fight to make a change in what is seen as inappropriate. There is a clear lack of cultural understanding when it comes to how people of color style their hair. Situations like this take the focus off of education, and redirects it towards a standard of beauty that is not inclusive to the black community. What are we teaching young children if we tell them their natural hair, or protective style that has cultural roots, is not acceptable?

What are your thoughts on protective styles in educational and professional settings? Share with us below!